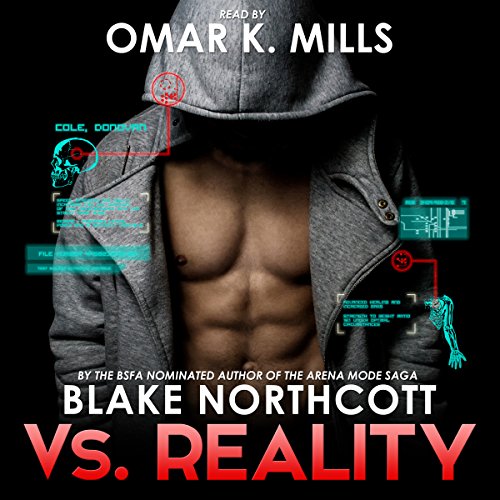 By: Blake Northcott
Narrated by: Omar K. Mills
Try for £0.00

Donovan Cole hates his life: his body, his job, his relationship - until one night a violent confrontation causes him to change, infusing him with supernatural strength. The mysterious transformation is temporary, though he soon discovers he's not the only one. Dia, an alluring but troubled girl with similar abilities, explains that a select few are able to bend the laws that govern our universe - essentially changing reality. She's still searching for answers, though she has a solution to the unreliable nature of their powers: "Muse", an experimental drug that enables the user to transform at will. And like most drugs, it comes with a terrible cost.

Action-packed, enthralling, and endlessly addictive, Vs. Reality will have you hooked until the last word.

"Blake Northcott is the most exciting new voice to come to superheroes in over a decade. She's got a brand-new angle on this material. I genuinely think she's going to be a game-changer." (Mark Millar, author of Kick-Ass, Kingsman: The Secret Service, and Wanted)
"Blake Northcott is pretty much making nerd dreams come true. Action, suspense, and comics all at once? Can I make that a double, with a large side of blow your mind?! Try not to fall in love. I dare you!" (Regina Carpinelli, CEO and founder of Stan Lee's Comikaze Expo)

What listeners say about Vs. Reality