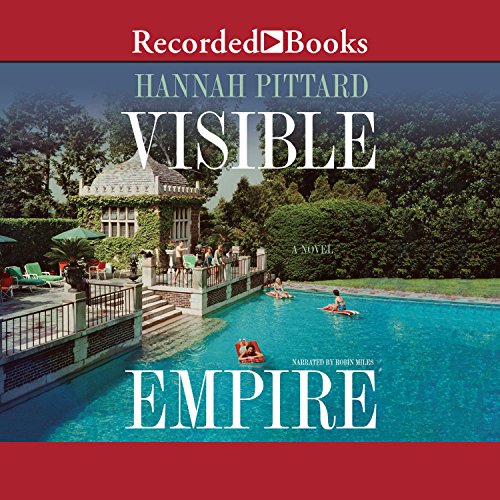 By: Hannah Pittard
Narrated by: Robin Miles
Try for £0.00

From a writer who "deserves the attention of anyone in search of today's best fiction" (Washington Post) comes an epic novel - based on true events - of wealth, race, grief, and love, charting one sweltering summer in Atlanta that left no one unchanged.

It's a humid summer day when the phones begin to ring: Disaster has struck. Air France Flight 007, which had been chartered to ferry home more than 100 of Atlanta's cultural leaders following a luxurious arts-oriented tour of Europe, crashed shortly after takeoff in Paris. In one fell swoop, most of the city's wealthiest residents perished. Left behind were children, spouses, lovers, friends, and a city on the cusp of great change: the civil rights movement was at its peak; the hedonism of the '60s was at its doorstep.

In Hannah Pittard's dazzling and most ambitious novel yet, she gives us the journeys of those who must now rebuild this place and their lives. Mayor Ivan Allen is tasked with the job of keeping the city moving forward. Nineteen-year-old Piedmont Dobbs, who had been denied admission to an integrated school, senses a moment of opportunity. Robert, a newspaper editor, must decide if he can reconnect with his beloved but estranged wife, Lily, who has learned that her wealthy parents left her penniless.

Visible Empire is the story of a single sweltering summer and of the promise and hope that remains in the wake of crisis. It's the story of a husband and wife - Robert and Lily - who don't truly come to understand each other and their love until their city's chaos drives them to clarity.

What listeners say about Visible Empire

I have lived in Atlanta for long time and There are much better books out there on this subject. It’s as if the author wanted to throw in every scenario she could come up with, such as, lesbian and gay relationships, racial discrimination, marital infidelity, rich versus poor, drugs & alcohol, mental health (Lulu), etc. As usual the southern accents were exaggerated – not everyone in the South has such a pronounced accent or drawl. Historical fiction is my favorite genre but this was not good!

NOT about the crash or the city or the people

I expected this book to give me a fictionalized account of the trip to Europe. I wanted to get to know all the people who went on the trip - what did they do in Atlanta, how did the trip come about, where did they go before the crash. And then I was expecting to hear about how the city of Atlanta reacted. How was arts patronage impacted? Who filled the philanthropic void?

Nope. This is a fictional story about people who may or may not be real. They were people who knew the ones who died in the crash. It's the story of a married couple - she lost her parents while he lost his mistress in the crash. They separate the day of the crash (despite her being pregnant) and she subsequently has an emotional affair with a black man who is a few years younger than her, not as well educated and definitely not her social equal. (Its a strange "affair.")

Then there's the huckster girl who claimed to have lost her parents and ends up living in a big house with an old lesbian who sexually assaults her every day. The girl's gay twin brother and his boyfriend join them but don't protect her from the (again) unequal relationship.

These stories have literally nothing to do with the crash. Supposedly, the characters knew the people on the plane. But that's it. It could just as easily have been a modern book with a fictional tragedy to bring these people together. And with the kind of stories she told (interracial love and 2 gay relationships) it SHOULD have been a modern story.