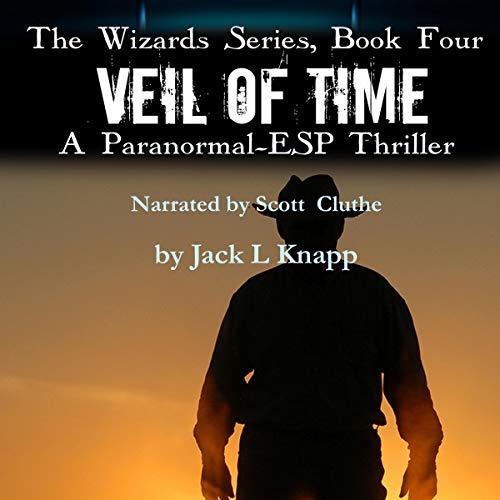 A modern girl, accidentally transported back in time to the Old West. Move over, Billy the Kid! The espers are coming! And they’ll do whatever it takes to rescue their friend.

Could you abandon a lost child, leaving her to her fate? Or, would you ignore the danger and do everything you could to find her? But how?

Best guess: She's somewhere in the American West, but also in the past. But how far in the past?

One man, an esper, might be able to do it. But time is critical. The past has never been kind to children, particularly little girls. Lost, with no money and no clothing other than what she was wearing when she vanished. No matter. Ray will make the attempt.

He has one thing going for him. She's a telepath, meaning that if the two are in the same moment in time, she'll hear his call. But there are an awfully large number of seconds in the past that he must search.

What listeners say about Veil of Time