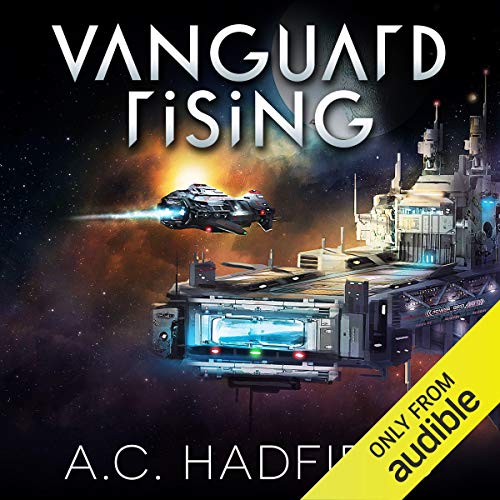 The Solar Federation has been stable for decades - until a few days ago when leader of the abbots (artificial, biological robot) has mysteriously disappeared. His fate threatens the unsteady peace between human and machine.

Detective Harlan Rubik has but a few chances left to save his career after a string of failed cases. When he’s tasked with finding the abbot leader, he uncovers a deadly conspiracy perpetrated by a shadowy group called Vanguard, whose tendrils reach to the highest echelons of government. It will take all of Harlan’s skills to uncover the truth behind this dark force. If he fails, it will be the end of his life as he knows it.

When scientist Irena Selles is attacked by a rogue abbot while working in one of Earth’s last remaining scientific outposts, she’s forced to flee for her life and hitch a ride back to Atlas Station with the help of a crew of salvagers. Harlan, seeing a pattern between their cases, joins forces with them. Together, they set out to find the truth behind Vanguard. With so few humans left and scattered across the Solar system, an abbot rebellion would be fatal to humanity’s continued existence.

Harlan, Irena, and their ragtag crew of allies will journey through space stations, colonies, and the darkest parts of the Solar system if they’re to stop Vanguard rising. But will their combined efforts be enough? And what do they truly want?

What listeners say about Vanguard Rising