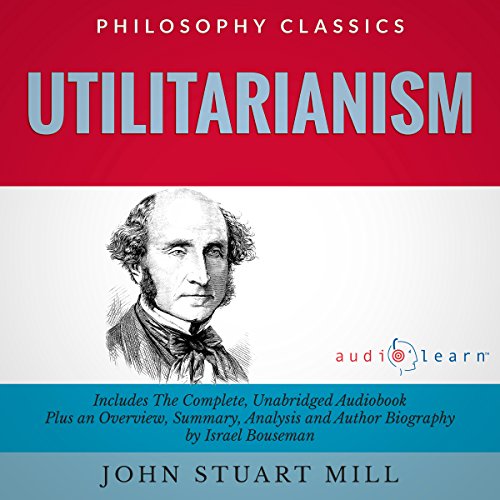 John Stuart Mill was the most influential British philosopher of the 19th century. His works spanned a startling variety of topics including logic, metaphysics, epistemology, ethics, political philosophy, and social theory. All of Mill's writings were aimed at the support and expansion of philosophical radicalism, and he had a significant influence on social theory, political theory, and political economy. His work, Utilitarianism, published in 1863, has been described as "the most influential philosophical articulation of a liberal humanistic morality that was produced in the 19th century." Utilitarianism addresses the subject of ethics, exploring the subject that has been perhaps the most puzzling for philosophers and thinkers of all ages. What is right? What is good? How can we use an understanding of the right and good to provide a moral framework that leads humanity to happiness, balance, and progress in all ways? Mill's work on this topic, though highly criticized in his own era, is still taught in university ethics courses around the world.

The narration of the work is preceded by a summary that explores Mill's life and the background of his philosophy. Also included are an overview of the work, a synopsis and analysis, and an examination of the historical context of the piece.

The AudioLearn edition of Utilitarianism is suitable for philosophers and students, and for all who wish to delve into history and ethical philosophy.

What listeners say about Utilitarianism by John Stuart Mill

The narration seemed very poorly edited, it sounded sometimes like words patched together from different recordings as opposed to someone reading.

Having wanted to 'read' this as a source rather than snippets of quotes, I opted for a versiin with context and commentary.

The commentary was fine, and the content reflective of its place in time.

The narrator presented clearly and was easy to listen to. However, her mispronounciation of in excess of a dozen words, including names of people, was distracting and the reason I didn't rate 5 stars.

This lady can't read very well. She mispronounces a lot of words. It also wasn't recorded or edited very well.

I purchased this version of J.S. Mill's Utilitarianism because of the modest price tag and the included extras. The latter are OK, if unremarkable. The narrator speaks clearly, but commits so many elementary errors that the listening experience turns into an anxious wait for the next malapropism. Unanimous, for example is pronounced "un-animus"; not excepted becomes "not expected"; "morality" becomes "mortality" and so on. It's a nightmare to listen to, and I don't think I can finish listening. I'll have to buy a different version with a more literate narrator.