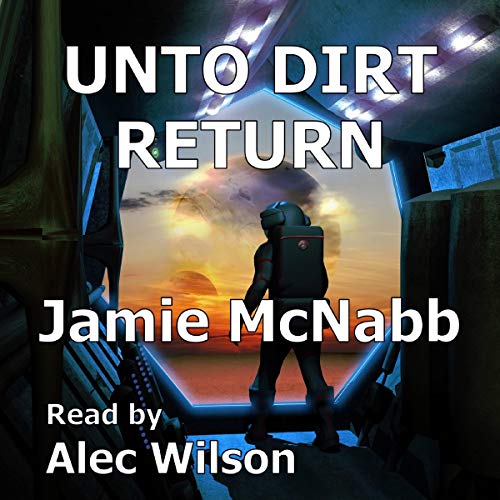 The murder of Isham Ellis's charismatic grandfather holds the key to the fate of the nearly two million souls aboard.

But why murder an old man? A farmworker who taught people about topsoil? Out of revenge? Out of fear? Or did the murderer have a larger target in mind?

Important questions. But before Isham can answer them, he must decide whether or not to allow an enigmatic waitress to attend his grandfather's funeral.

A generation ship at the end of her 12-century voyage. The fate of the ship and the colonists aboard. The debts owed to the cherished dead. Unto Dirt Return reduces it all to the ability of one man to speak truth to power.

What listeners say about Unto Dirt Return