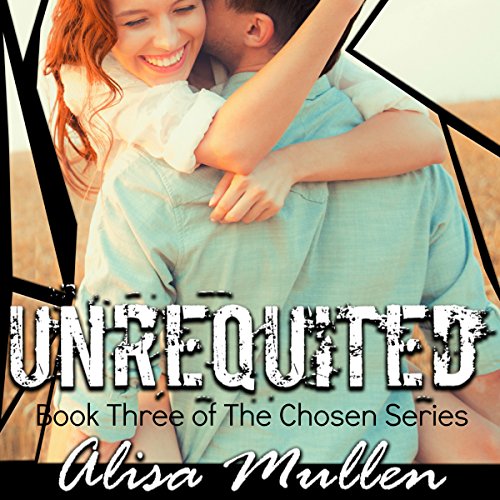 By: Alisa Mullen
Narrated by: Michael Lesley
Try for £0.00

Nick Sawyer, a successful business man, has everything he has ever wanted. Grateful for the new additions to his life, he realizes he has the kind of love that he never knew existed. If it wasn't for Lizzie O'Malley, Nick would still be sucked up in his day job and the nightlife. Lizzie altered his plans just by stepping into his life.

Samantha Hughes, a childhood friend of Nick's, is back in Boston. Following her father's wishes, it is her intention to catch Nick's eye before he commits himself to Lizzie. Their plan rapidly becomes reality. It just isn't the reality Sam thought she wanted.

Unrequited is a twisted love triangle story that goes awry. Who will be the one that loses it all?

This is the third and final installment of The Chosen Series. This book is told by Nick and Samantha's POV.

What listeners say about Unrequited

Would you consider the audio edition of Unrequited to be better than the print version?

I would because I enjoy how a narrator brings the story to life. It feels like your right there talking or listening to each character.

That Lizzie finally finds her inner strength and decides to stop running.

What does Michael Lesley bring to the story that you wouldn’t experience if you just read the book?

He brings Nick to life totally.

I actually did listen to it in one day

I have enjoyed this series so far and this was the best out of it so far.

Engaging and fun to devour!

Great storyline, and wonderful work through the voice of the narrator. I will always enjoy Alisa's work because as I listen to it the characters become so real!