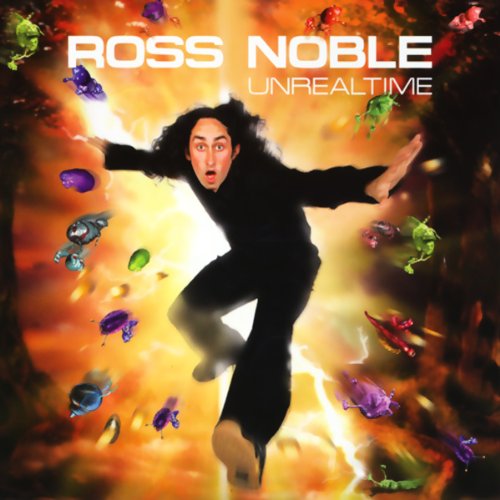 Geordie Ross has been performing stand-up since he was smuggled into his local comedy club at the age of 15. Licensing laws meant that immediately after his slot he had to leave through the kitchen - but he has never looked back. In the years since, Ross has become known as a truly exciting and genuinely original performer and has received huge critical acclaim. He is a former Perrier Award nominee, as well as a Barry Award and Time Out award-winner for best live stand-up, and he has won a shed-load of other prestigious awards and nominations.

This was recorded live at the Garrick Theatre in London. Sketches include "Star/Voles", "Rappers", "Deep Vein Thrombosis", "Not a Linear Show", "Maths Hats", "Monkeys", "Maths Squad", "Can Chaser", "Any Questions?", and "Hawking and the Monkey".

"The supreme master of spontaneous stand-up and the most exciting comic in the country." (Time Out, London)
"The most brilliant stand-up of his generation." (Sunday Telegraph)
"Noble has rapidly emerged as a major force in British Comedy." (The Sun)

What listeners say about Unrealtime