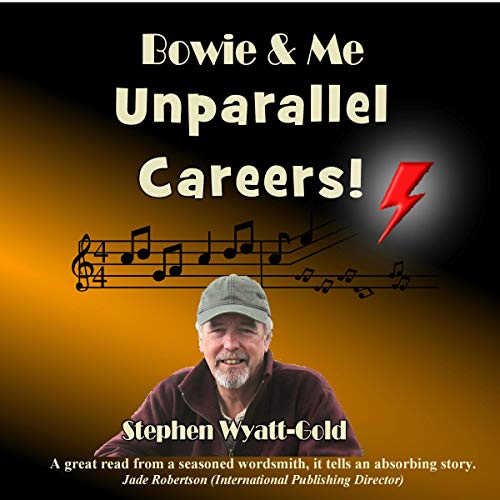 A roller coaster ride through the world of music and showbiz - with added relevant music clips.

British beat group The Lower Third came into being early in 1962 and finally died late in 1966. Of the musicians who, at various times, contributed to the fun, only two went on to spend the rest of their lives in music and show business.

The first to strike out from the group was Robin Stephen Wyatt (much later Stephen Gold and later still Stephen Wyatt-Gold). The second was David Robert Jones (who was soon to become David Bowie). This is the story of the first, an ambitious showbiz journeyman, set against the rise and rise of the second who has a story already well documented.

The memoir takes a sometimes "tongue in cheek" look at how two careers started from the same place and, over time, diverged spectacularly. It covers Arabian nights, African safaris, romance, relationships, military maneuvers and several world tours plus sharing a stage with Morecambe and Wise, drooling over Susan George and seeing in the New Year with Ronnie Corbett.

What listeners say about Unparallel Careers!