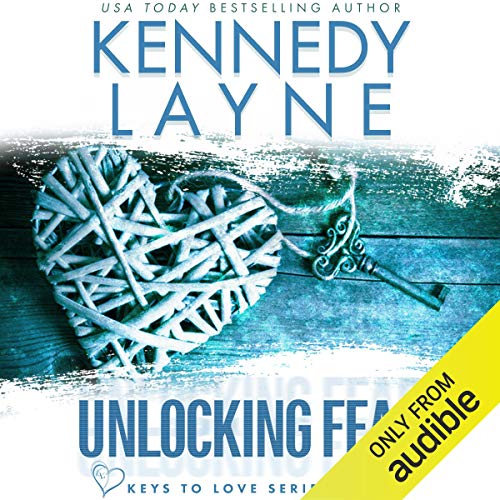 By: Kennedy Layne
Narrated by: Dan Bittner
Try for £0.00

A chance mishap with a sledgehammer was the sole reason a chilling nightmare was unleashed in Blyth Lake.

Noah Kendall’s grisly discovery left him in the middle of a murder investigation and a neighbor who knew more than she was willing to say. Reese Woodward had returned to town with dark secrets, and he was determined to unravel them. While evil lurks in the darkness, seduction burns between them…only time was their enemy.

Will her secrets destroy what they’ve built, or can he earn her trust before the killer strikes again?

Series description: Their homecoming wasn’t so welcoming. Four brothers and one sister each gave 12 years of their lives to serve their country and fulfill their family’s legacy of service. As each of them return to their home of record, they weren’t prepared for what awaited them - an unforgivable sin that has been hidden for 12 long years. Secrets and lies are concealed in the dark shadows of the very town they were raised in, and the Kendall family will have no choice but to rely on one another to unravel the sinister evil that they all hold the keys to unlock.

What listeners say about Unlocking Fear

Good start to a new series.

Liked the main characters and the family dynamic that is starting to become evident. It wasn't as good as her military stuff or the titanium series but the lady sure has a talent. Think I've been spoiled with her earlier works as it's a hell of a lot to live up to. Still well worth it though!!! And the riddle wasn't actually solved!!! Bring on the next one!!

Something terrible happened 12 yrs ago in the small midwest town of Blythe Lake...a teen girl went missing without a trace. Now school teacher, Reece, has returned for the summer to see if there’s a connection between the missing girl and her cousin’s disappearance 11 yrs ago. These girls had attended the same summer camp.
Ex-marine, Noah Kendall has returned home after serving numerous tours in the military. He’s ready to live the rest of his life. His plans are made easier when his dad gifts him a piece of property...the same old farm where Noah and his high school friends had held bonfire parties. Noah is intrigued by his neighbor, who has rented the cabin for the summer and strikes up a friendship. When Noah and Reece discover a body inside the wall of his house things take an interesting turn. Someone doesn’t want Reece asking questions. Can Noah keep Reece safe while they figure out what happened to the young girl? Is there an HEA in store for this pair?
The mystery isn’t solved in this book so on to book 2!