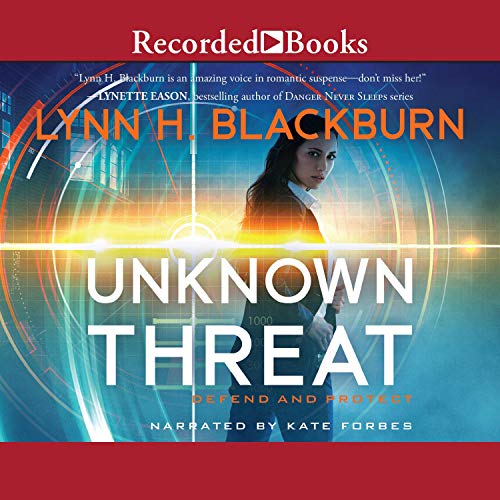 By: Lynn Blackburn
Narrated by: Kate Forbes
Try for £0.00

US Secret Service Special Agent Luke Powell is lucky to be alive. Three of his fellow agents have died in unusual circumstances in the past 10 weeks. Luke is devastated by the loss of his friends and colleagues, and his inability to locate the killer feels like a personal failure. He and his team are experts at shielding others, but now the protectors are in need of protection.

FBI Special Agent Faith Malone is driven to succeed and confident in her ability to solve every case she's assigned. She's been put in charge of the investigation into the unprecedented attacks, and with Luke's life in danger, the stakes have never been higher. But it's hard to know how to fight back when you don't know who the enemy is.

Luke has teamed up with Faith before, but he's not convinced she's up for the job, and she's not convinced he's telling her everything he knows. As more agents are targeted, Luke and Faith will have to learn to trust each other and work together to bring a killer to justice and prevent any more names from joining their fallen brothers and sisters on the Secret Service Wall of Honor.

What listeners say about Unknown Threat

Suspense writing at its best!

Lynn H Blackburn knocked it out of the park. Her new series Defend and Protect starts with, Unknown Threat. You will love the characters Luke and Faith. They are fighting to find out who killed Luke”s coworkers and friends before he or others become the next. You will not guess who the bad guy/girl is to the end.
The narrator that was chosen also makes it an exciting listen. Download and enjoy this one.

Unknown Threat has it all

This book has it all, suspense, romance, banter, humor; not to mention a strong women as the heroine. Faith is the FBI agent who is assigned to find out who is targeting Secret Service agents and the nonstop action goes from there. She is a no nonsense agent who is good at her job and jumps into the case and finds the unexpected along the way. I love books that have strong women characters and Faith is just that. I hope we will see more of Faith as the lead FBI agent in the future.

Things I enjoyed;
No "too stupid to live" moments by the heroine.
No "graphic sex scenes" but the right amount of romantic angst, affection, teasing, and intimacy.
Good story and plot with enough twist and turns to keep it interesting.
If i have any complaint it is that good people died but that is what happens when there is evil in the world.

Lynn H. Blackburn has written another great story! The humor, the suspense, and the great story line makes this a great read! Can't wait for her next book! Just wish there was a different narrator - Therese Plummer would be great!

This is not a good book. I’m not sure why this was under the heading of thriller because it’s more like a bad romance novel. I skipped 10 chapters and still knew who the so called murderer was. It definitely needed a different narrator. Safe your time and money don’t get this book

Narrator could be better

The narrator took the longest pauses between sentences, so much so that I thought my phone had turned off. I even tried speeding up the listening speed, but that made the pauses stick out even more. The character interpretation didn’t seem accurate either. Not much voice inflection or character voice changes.