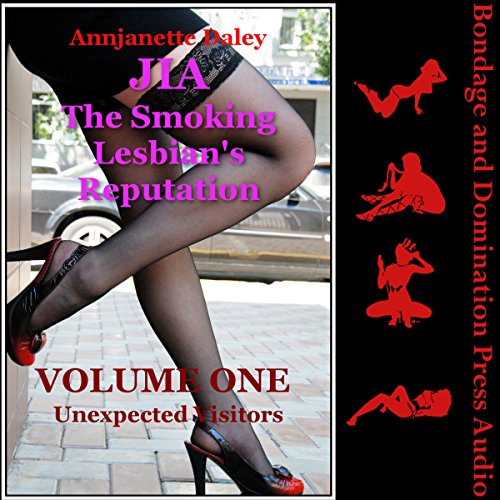 In Jia the Smoking Lesbian Seductress, Annjanette Daley introduced us to Jia, a woman with a definite smoking fetish and a definite desire to corrupt every morally upright straight woman she sees. She's been successful, but now visitors from her homeland are ready to deal with the rumors they've heard about her behavior. With tons of first lesbian sex, reluctant lesbian sex, and group lesbian sex; Jia the Smoking Lesbian's Reputation might be the only lesbian seduction erotica series to compare to the first.

In this volume Jia deals with her various submissive lesbian servants, but she's in store for a surprise when two visitors show up to throw a bit of craziness into the situation.

What listeners say about Unexpected Visitors: Group Sex and Surprising Developments - a Tale of Domination, Submission, and Lesbian Sex

there is simply NOTHING about this which is good. it's not sexy. interesting or well read.

so bad, I actually think it's a practical joke!