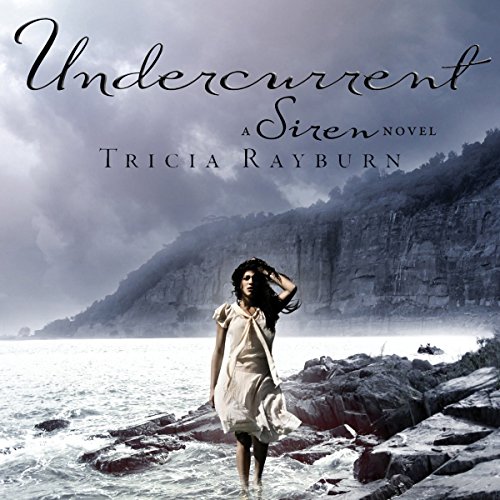 By: Tricia Rayburn
Narrated by: Nicola Barber
Try for £0.00

The sirens are back, but Vanessa may be the biggest threat of all....

Nothing has been normal since Vanessa Sands learned that her sister was murdered by siren femme fatales of the watery depths and that everything she believed about her family was a lie. Her boyfriend, Simon, has been the only person Vanessa feels she can really trust. But now there are some secrets she can't tell even him. And when Vanessa finds herself in the sights of Parker, Hawthorne Prep's resident charmer, she needs someone to confide in more than ever.

Doubting her relationship with Simon, unsure of Parker's intentions - and of her own - and terrified by what she's learned about herself, Vanessa has never felt so alone. But personal problems must be put aside, because the Winter Harbor sirens are back for revenge.

Now, Vanessa must face her past and accept that she is just like her enemies - every bit as alluring, every bit as dangerous.

The eagerly anticipated second novel of the Siren trilogy, Undercurrent is a seductive paranormal romance that will leave you breathless.

What listeners say about Undercurrent

I didn't like the attempt to love triangle. I found this forced and was released in story without fit into the plot. The boyfriend leaves the scene, comes a guy who appears out of nowhere, some in nothing and ready.

Would you recommend Undercurrent to your friends? Why or why not?

Despite not having consistency, the story is not completely horrible. Serves to pass the time. So, I guess I would recommend this story to someone, but would do some comments together, so the person doesn't go full of expectations about the text.

The narration is very dull and makes the book even more tiring.

Could you see Undercurrent being made into a movie or a TV series? Who should the stars be?

An improvement over the first book

I gave the first book a harsh review, but I decided to try out the sequel. I actually enjoyed this one. I still think the writing is a little shallow for my taste, but I have to admit that I do find myself thinking about the lovely sirens when I walk on the beach. In this novel, Nessa starts to come to terms with her siren power and her future with Simon. An interesting twist happens in the middle of the book. Similar to the first book, all of the "action" happens at the end of the book and is over in the blink of an eye. Not sure if I'll read the third installment or not, but at least the books are cheap. The narrator improved by a lot.