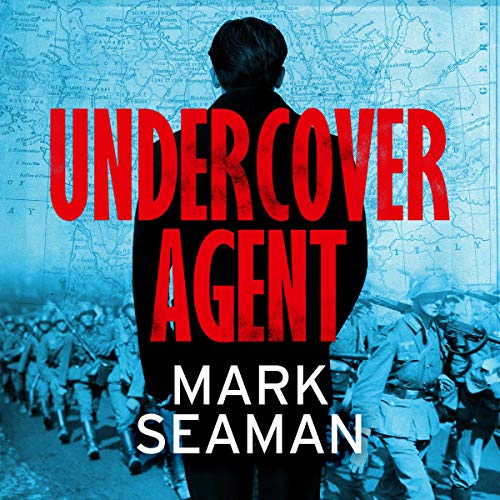 By: Mark Seaman
Narrated by: Peter Noble
Try for £0.00

Tony Brooks was unique. He was barely out of school when recruited in 1941 by the Special Operations Executive (SOE), the wartime secret service established by Churchill to 'set Europe ablaze'. After extensive training he was parachuted into France in July 1942 - being among the first (and youngest) British agents sent to support the nascent French Resistance.

Brooks' success was primarily due to his exceptional qualities as a secret agent, although he was aided by large and frequent slices of luck. Among much else, he survived brushes with a British traitor and a notorious double agent, the Gestapo's capture of his wireless operator and subsequent attempts to trap Brooks, brief incarceration in a Spanish concentration camp, injuries resulting from a parachute jump into France and even capture and interrogation by the Gestapo - although his cover story held and he was released.

In an age when we so often take our heroes from the worlds of sport, film, television, music, fashion or just 'celebrity', it is perhaps salutary to be reminded of a young man who ended the war in command of a disparate force of some 10,000 armed resistance fighters and decorated with two of this country's highest awards for gallantry, the DSO and MC. At the time, he was just 23 years old.

This remarkable, detailed and intimate account of a clandestine agent's dangerous wartime career combines the historian's expert eye with the narrative colour of remembered events. As a study in courage, it has few, if any, equals.

What listeners say about Undercover Agent

Inspiring and heroic story of a true patriotic legend

A truly inspiring story, accurately told and expertly narrated. Should you wish to understand more about clandestine operations in France in WWII, there is no better place to start. Tony Brooks is a patriotic legend and deserves greater recognition for his work. Hopefully this book will go some way to achieving that for him.

Now going to buy the book!

This is an excellent record of a remarkable man, a hero amongst so many, who deserves to have his name and story become as familiar as other agents’ did. In order to absorb the details better will now order the book for future reference. The author is well aware of the privilege of being invited by Tony B to write his story but clearly this was an honour well-deserved as Mr. Seaman researched thoroughly and wove together the story expertly, doing justice to this particular Undercover Agent and his comrades. So delighted and grateful this book has been written.

Good story, interesting and orated well. An insight into a brave person and France during the war

This Should Have Been a LOT Better

Pedestrian, name and date and time detail laden coverage of what should have been a lively account. Ben MacIntyre would have done this so much better. OK the account was historically accurate to a fine degree, but the staid and stuffy style of the author in a quasi academic style with weak attempts at 'wry' comments throughout rendered the whole thing a bit of a bore.. Pity, because the subject matter was a genuine hero. Someone else needs to have a stab at doing this story again.