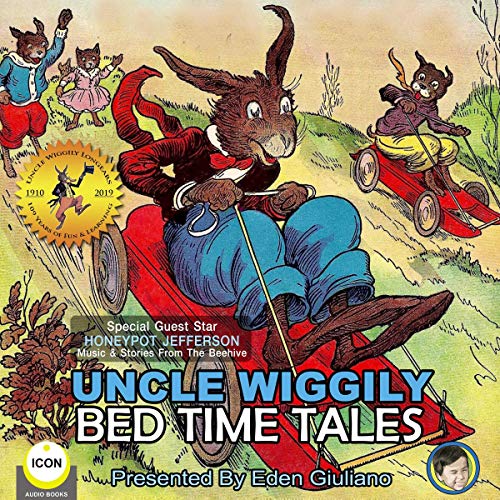 Uncle Wiggily Longears is the main character and beloved icon of a series of children's stories by American author Howard R. Garis. He began writing the stories for the Newark News in 1910. Garis penned an Uncle Wiggily take every day for more than 52 years, and published some 79 books in his lifetime.

Along the road on his many joyous and exciting episodic adventures Uncle Wiggily has run into several very questionable characters including: the Woozy Wolf, Bushy Bear, Skillery Skallery Alligator and the fierce Bobcat. That being said, the instantly lovable, dear old Uncle Wiggily is also close to many amicable animals friends and family, such his muskrat housekeeper, Nurse Jane Fuzzy Wuzzy, as well as Sammie and Susie Littletail, Jimmie Wibblewobble, Dr. Possum, Uncle Butter, Jackie, and of course, Peetie Bow-Wow.

Uncle Wiggily has been around now for over 100 years delighting children, gently educating, and enchanting generations of faithful fans. That he is still as popular today as he was over a century ago is testament to the wit and character instilled in these tall tales by the author and the kind, old rabbit gentleman he created so long ago! We know you will enjoy this very special series from Icon Audio Arts hosted by young Eden Giuliano!