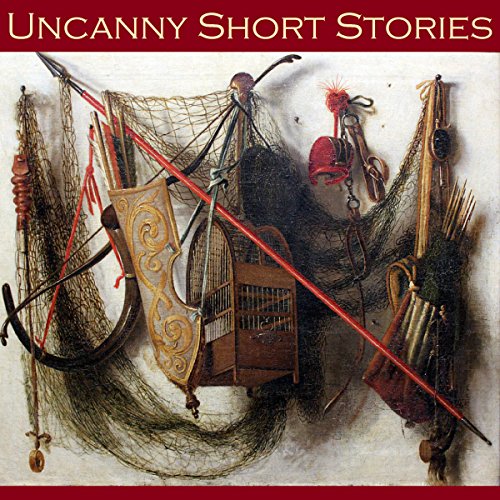 A spine-chilling collection of creepy, unsettling and unnerving stories.

And over 20 more unsettling tales.

Dobson is the wrong narrator for this title

Wrong reader -- I didn't make it through the first story.

Before I began listening, I spent a great deal of time verifying the titles and author names.

I used the "Listen now" feature to analyze what stories were included in which tracks. Rather than wasting that information, I have included it below.

I downloaded the title in two files (11:02:02 and 9:19:23). Please note, the twenty-fifth story in the collection -- For the Blood is the Life, by F.M. Crawford* -- somehow ended up being split between the two downloads.

The following is a full list of TRACKS (as a one-file download), STORY ORDER, TITLES, and AUTHORS. I set up for three, aligned, easily-readable columns, but Audible formatting blocked that.