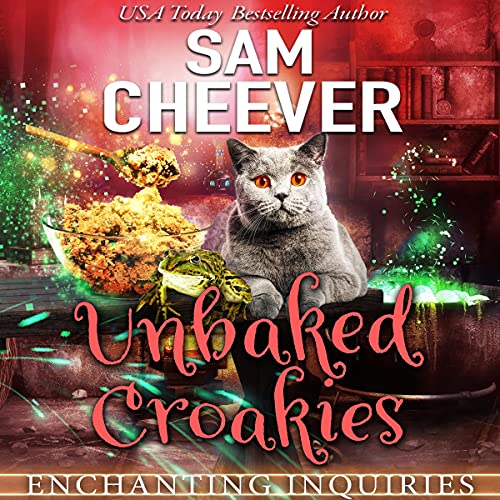 By: Sam Cheever
Narrated by: Heather Firth
Try for £0.00

How in the name of the goddess’ favorite sports bra am I going to do this Magical Librarian job? I have no idea what I’m doing. And the woman who’s supposed to be training me is...well, let’s just say she’s distracted and leave it at that. I guess I’ll bumble through. It’s become something of a trademark move for me.

My name is Naida Griffith, and I’m a sorceress. I actually found that out not too long ago. I’ve lived with an undefined something burning in my belly for a while, feeling as if something wasn’t quite right under my skin. Then, on my 18th birthday, I started getting headaches. Bad ones. And random stuff started following me around.

Recently, I was approached by a group called the Société of Dire Magic to become Keeper of the Artifacts. A magical librarian. Given that magical artifacts have taken to following me around, I decided I might have an aptitude for the job. So I said yes.

But in the first few days, I’ve been flogged by flip flops, bludgeoned by gnomes, and discovered a corpse in a suitcase. Then, there’s the woman who’s supposed to be training me. She’s...interesting.

Will I survive the training long enough to get the job as artifact librarian? You might as well ask me if a caterpillar gets manis or pedis. Who knows? But I know one thing for sure. This gig is hard.

I’m going to do my best to succeed. Or die trying.

What listeners say about Unbaked Croakies