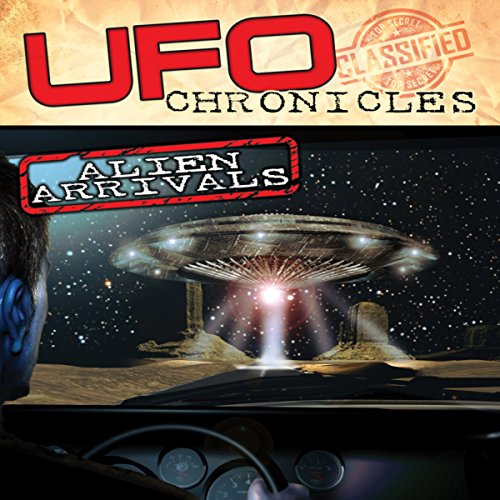 UFO Chronicles is an unprecedented and uncensored series featuring the top authorities on the UFO enigma. Pilots, astronauts, government officials, military officials, medical experts, scientists, religious leaders, and more reveal in never before seen interviews the ramifications of the Alien Presence on planet Earth. Sgt. Clifford Stone spent 22 years in the US Army as part of an elite group that was dispatched to crash sites in order to recover UFO or ET craft, bodies, and artifacts. He maintains that government and military factions have knowledge of intelligent life visiting Earth in craft capable of traveling unfathomable distances, effectively bypassing our current understanding of physics. He stresses that our recovery of these ET craft and artifacts has allowed our government to make staggering scientific gains of great potential benefit to the world and that "black projects" have continued to keep these important discoveries secret based on motives known only to them. Since his retirement from the Army, he has devoted his time to a diligent Freedom of Information Act search of government archives.

One of the best ever!

Loved it! Totally worthy! You will NOT be disappointed! It's possibly my all time favorite.

He's as sane as they come, his story must get out

Fascinating, crazy, mind blowing, and truthful. This is not his whole story, but the tip of the iceberg. Too short, I wanted to hear more. Clifford Stone is a brave soul. I commend him for not backing down.

I don't know what to say Cliff I am envious of your experiences
And you are the perfect example of how the human race should be! Please continue-----