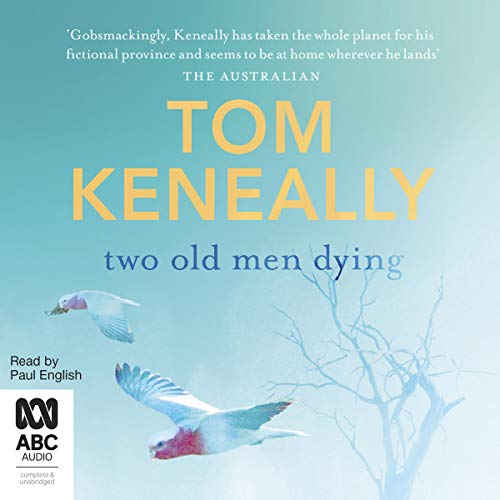 By: Tom Keneally
Narrated by: Paul English
Try for £0.00

In perhaps his boldest and most personal novel, Tom Keneally explores the journeys of modern Australians alongside the imagined story of ancient Learned Man, whose remains were discovered in Western NSW decades ago.

Learned Man is the child of humankind as we know it, of those who are thought to have travelled from the Rift Valley in Africa and to ancient Australia.

Shelby Apple is an acclaimed documentary maker. After making films about Learned Man’s discovery, in Vietnam and back home in the Northern Territory, Shelby turns his sights on Eritrea. He thinks this embattled society might represent a new cognitive leap, one that will reconcile our tenderness and our savagery, our reason and our emotions.

Two Old Men Dying is an exquisite exploration of community and country, love and mortality.