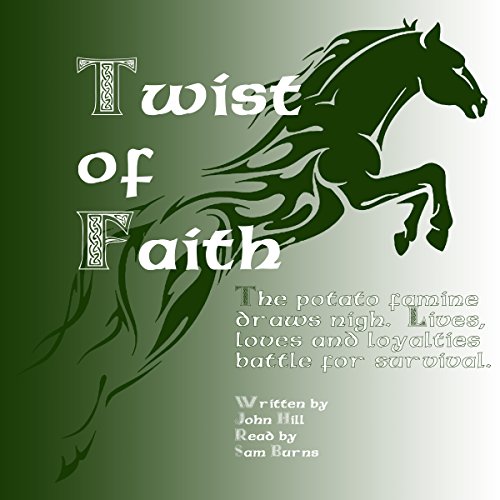 Lives, loves, and loyalties must battle for survival in our fictional story that commences around the time of the potato famine in 1845. Two baby boys are born in a local doctor's house at around the same time of day. One is the son of the lady of the manor, the other is the son of a young Irish peasant woman whose husband works for the lord of the manor.

After a couple of extremely harsh years and a heart wrenching search, the mother of the peasant boy agrees to place their son in a convent, with the hope that the child will live through the famine. The other lad lives a privileged life, but to the annoyance of his parents, enjoys mixing with locals. He is sent away to Eton College in England, and whilst he is in England there is a romantic involvement, which springs an important surprise to him later in his life.

A major turning point is the death of the lord of the manor, which demands the young man's return. Due to his Eton popularity, he has made close friendships with two influential characters. One is the son of a Scottish horse-stud owner, the other the son of a foreign office diplomat.

There is an underlying conflict throughout the story with the Young Irish Defense, the Fenian movement, and the control of English landlords. The two main protagonists are not ever in conflict, but there are several extremely important characters that are.

At the end of this first novella of the series, there is a second twist to add to the revelation of whether the babies were switched at birth.

What listeners say about Twist of Faith

I thought I new the twist early in the story, but was enjoying the tale all the same. The end. Twist caught.