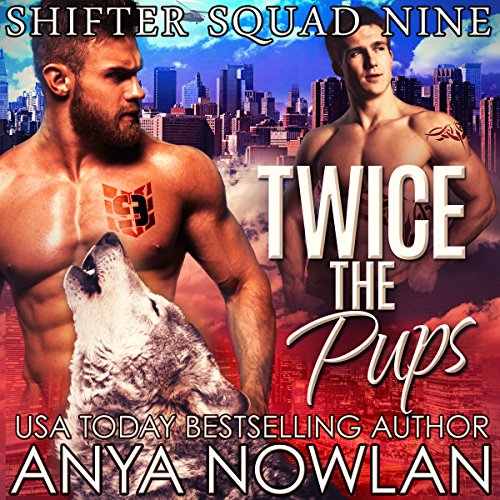 They were ready for a fight, but not one for their hearts....

Amy Marguiles is a curvy, confident woman with nothing to lose. As an ex-Marine and a member of an elite clean-up squad for The Firm, she's used to dealing with big egos on even bigger men. It has never bothered her before. Only when two maddening werewolf twins blow into her life do the winds start changing. And when she discovers she's pregnant with their babies and sent off to another mission that could take all their lives, Amy needs to take quick stock of her life. Where do her loyalties lie? With her job? Or with something that could be more than just another obligation?

Price and Prowler Renard are not family men. The two ex-SEAL werewolf twins have been running through life, shooting first and asking questions later. When a woman sweeps them both off their feet, they're entirely unprepared for it...and entirely ready for more. As quickly as she appeared, she disappeared as well, and now their bosses and the vile men controlling the world seem hell-bent on keeping them apart from their fated. When they discover that they're not only missing her, but their heirs as well, nothing could stop these two from claiming what is theirs.

Their future. And their present.

Twice the Pups is the fourth book in the Shifter Squad Nine series. There's no cheating, a guaranteed HEA, and plenty of steam. It can and should be listened to as a stand-alone. If you want your alphas hard and dangerous and your heroines capable and curvy, this is just the book for you!

loved it!! but was disappointed that even though it's about shifters no one shifted during this book. that's one of the best parts about these types of books.