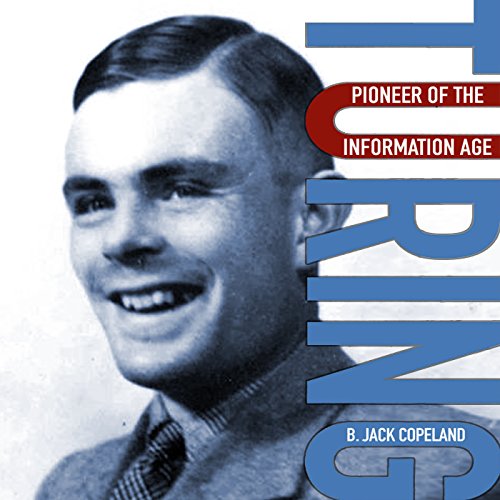 By: B. Jack Copeland
Narrated by: Kaleo Griffith
Try for £0.00

Alan Turing can be regarded as one of the greatest scientists of the 20th century. But who was Turing, and what did he achieve during his tragically short life of 41 years? Best known as the genius who broke Germany's most secret codes during the war of 1939-45, Turing was also the father of the modern computer. Today, all who 'click-to-open' are familiar with the impact of Turing's ideas.

Here, B. Jack Copeland provides an account of Turing's life and work, exploring the key elements of his life-story in tandem with his leading ideas and contributions. The audiobook highlights Turing's contributions to computing and to computer science, including Artificial Intelligence and Artificial Life, and the emphasis throughout is on the relevance of his work to modern developments. The story of his contributions to codebreaking during the Second World War is set in the context of his thinking about machines, as is the account of his work in the foundations of mathematics.

What listeners say about Turing

Turning for Knighthood versus Turning the man

I read biographies to get to know the people behind the story not a history of computing and not for adulation. This book is a great history of Alan Turning's accomplishments but very little about Alan Turing, the man. His trials, his difficult decisions, his frustrations. Narrator was OK but makes no sense to choose an American narrator for a very upper class English man. Felt out of place and the wrong choice.