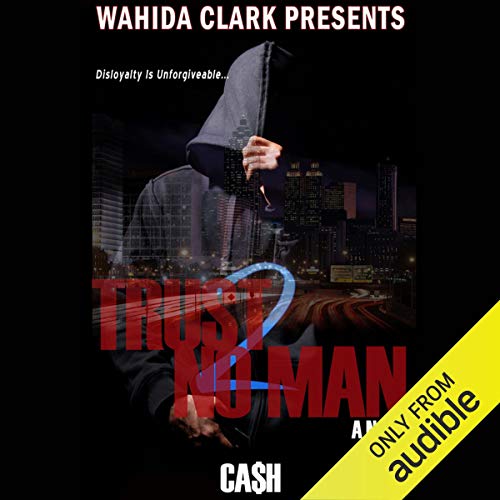 The streets of ATL are about to get hotter than lava after Youngblood is snatched up and beaten down by unknown thugs. Vowing fatal revenge on his attackers, Youngblood is released from the hospital only to return home and discover that Cheryl has run off with his stash and his two daughters. Heartbroken over the loss of his daughters and money, he is ready to pick up that steel again, put on a ski mask and go back to jackin d-boys for their cake. His homie Murder Mike gives him an ultimatum that tests his principles.

While struggling with a do-or-die dilemma, Youngblood must also decide between Inez and Juanita. Inez accepts him as he is. Juanita on the other hand wants to help him leave the life of the streets behind. When a hustla has two thorough chicks, which one does he choose? The streets will decide that! Youngblood must deal with enemies who are closer to him then he realizes. The way he deals with these problems will determine his fate. Trust No Man 2 is an explosive and emotionally charged end to this true-to-life hood classic!

What listeners say about Trust No Man 2

This book is the shit

so much action in this book I could not stop listening to it. #1 must read book of the year

Awesome book! It brought tears to my eyes. It was better than the first book.

great book I enjoyed every moment

I cant wait to finish this trilogy. It is well written and read. A fantastic read

I enjoyed this part of the series! Can't wait to hear the next part in the series