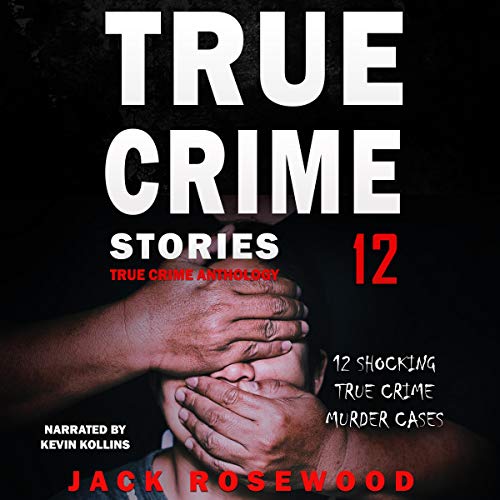 In the following book you will be introduced to twelve shocking true crime cases that will keep you engaged as you become disturbed by the depths of the depravity some of these criminals have demonstrated. These 12 cases cover 100 years of crime history over several different countries, demonstrating once more that serious crime is a phenomenon that knows no boundaries.

One of the major themes of this volume is crimes against the most vulnerable people in our society, including the elderly, and the young. You will hear about a case in Indiana where a 12-year-old girl was brutally tortured and murdered, not by a deranged pedophile or a career criminal, but by girls her own age who let their undeveloped minds and peer pressure get out of hand.

The bizarre case of a serial killer who targeted elderly women in Australia is also profiled, demonstrating that not only are killers driven by diverse motives, many of which will be impossible for most of us to understand, but also that not all serial killer victims are society’s “throw aways.” You will also hear about two contestants for the “worst parent of all-time award.” These two separate cases involved men, who instead of protecting and caring for their children, ultimately played major roles in the horrible, painful deaths of their children.

Educate yourself on the world of true crime and learn that not everything is always as it seems. Follow the criminal investigations as detectives from around the world broke some of the most baffling true crime cases of the last 100 years.

Wow, the stories in this book are quite shocking. It is sometimes baffling to hear about these kinds of stories and how the mind of some people work. However, for true crime fans, that is exactly the appeal. This book gives details on each crime and the profile of the attackers. The narration is especially convenient and suitable for the context of this book. Very well done.

I received a free copy of this book in exchange for an unbiased review.

I thought this was a real eye opener to listen to. The narrator done a good job telling these cruel and dark true crime story's. Be warned they will leave a bitter taste in you're mouth. Especially how evil the people are.

Truth behind the stories

Crime stories are a fond favourite of mine, and Jack Rosewood does not disappoint. These twelve stories are in-depth and true, lending a fountain of facts on various different murder cases. Kevin Kollins adds another depth to these stories, building into them with an ease that I am also envious of. A must-have for any true crime fans.

This book is another reminder of how crazy society is and how careful one has to be. In this book, 12 gruesome murders are described. The details are quite vivid, especially with the narrators style of delivery. A really nice book, but with crazy content.

I received a free copy of this book in exchange for an unbiased review.

Jack Rosewood is a master at true crime, and he has delivered another excellent collection through this book. A good true crime work is decided by the details and depth of information included. This makes it's content not only valuable as part research, but also enlightening. The narration is equally commendable, as it makes the book come alive. I do think this is a great read for other true crime explorers like myself.

I received a complimentary copy of this book in exchange for an unbiased review.

This was a great collection of 12 really awful true crime stories. The depraved murders included child murderers, man that killed the elderly and young girls looking for revenge. The narrator does a fantastic job!. All of Jack Rosewoods true crime stories are wonderful! I received this book for free for an honest review.

True Crime Stories Volume 12: 12 Shocking True Crime Murder Cases (True Crime Anthology) was another great read by Jack Rosewood. This book follows twelve of the most disturbed criminals and true crime stories. It seems that all of these crimes were targeted to the most vulnerable people in society, the elderly and they young. These cases happened all around the world. Kevin Kollins did a great job of narrating these shocking stories. This was a good read for anyone who enjoys reading true crime stories.

A rundown of 12 different crimes, most of which involved teenagers or were perpetrated against them. Sometimes, it’s really shocking to see just how destructive youth can be.

Informative and short, this is a recommended listen for true crime fans looking to expand their knowledge of serial killers.

As always, the narrator has a smooth reading pace that makes it easy to absorb the information.

I really enjoyed hearing this series and all his series on crime. I recommend if you want to know anything on certain serial killers or just general bad people.

I got this book for free for a voluntary review.