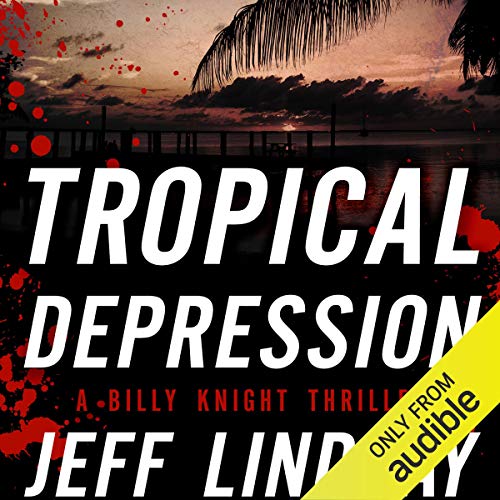 By: Jeff Lindsay
Narrated by: Jay Snyder
Try for £0.00

Jeff Lindsay mastered suspense with his wildly addictive Dexter series. Before that, however, there was former cop and current burnout Billy Knight. When a hostage situation turns deadly, Billy loses everything - his wife, his daughter, and his career. Devastated, he heads to Key West to put down his gun and pick up a rod and reel as a fishing boat captain. But former co-worker Roscoe McAuley isn't ready to let Billy rest. When Roscoe tells Billy that someone murdered his son, Billy sends him away. When Roscoe himself turns up dead a few weeks later, however, Billy can't keep from getting sucked back into Los Angeles, and the streets that took so much from him. Billy's investigations into the death of a former cop, and his son, will take him up to the highest echelons of the LAPD, finding corruption at every level. It puts him on a collision course with the law, with his past, with his former fellow officers, and with the dark aftermath of the Civil Rights Movement. Jeff Lindsay's considerable storytelling gifts are on full display, drawing the listener in with a mesmerizing style and a case with more dangerous blind curves than Mulholland Drive.

What listeners say about Tropical Depression

I thought it was kind of cheesy to start with and it is but it's in the hard boiled style which is a bit cheesy. Once you're past that if you have a problem with that, that is. The story is actually pretty good, with a few twists and turns. The narrator is quite acceptable apart from his 'Australian' accent which is really weird, but to be fair Jeff Lindsay's writing of an Australian is weird too, they complement each other so the guy sounds like a Welsh/Irish pirate or something, and nothing like any Australian I have ever met.

I was introduced to Jeff Lindsay from his Dexter series which were cleverly written. It is only lately I have discovered his other books and look forward to more! Jay Snyder was perfect.

I am a huge Jeff Lindsay fan. I loved the Dexter series. This series is very stagnant. I just could not get into it and finish it out. the story was not good, characters are boring.