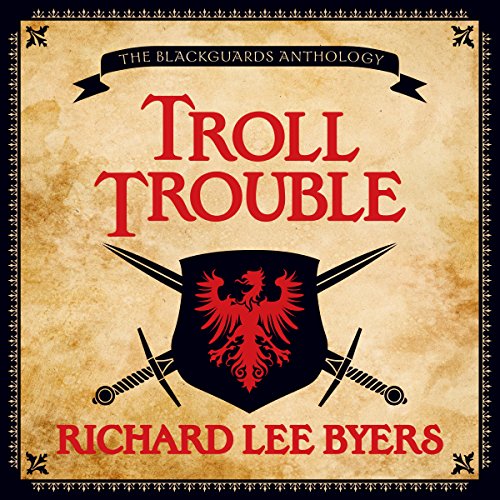 By: Richard Lee Byers
Narrated by: Victor Bevine
Try for £0.00

"Troll Trouble" was published in the anthology Blackguards: Tales of Assassins, Mercenaries, and Rogues.

About this story, author Richard Lee Byers says, "I've written several stories about Selden and plan to write many more. A former mercenary, he gave up war to settle in Balathex, the City of Fountains, and set up shop as a fencing master. But old habits die hard, and a man can use a secondary source of income when he has a habit of picking losing horses at the hippodrome. So he still hires out his sword on occasion and generally finds himself enmeshed in supernatural mysteries and fighting sorcerers, demons, and the like. "Troll Trouble" is set before the other published Selden stories, and is an origin of sorts. It relates how he first got himself established in Balathex."

What listeners say about Troll Trouble

Worth it. Short but that was great. Hilarious. Minor potty humor. Gosh golly gee whiz.