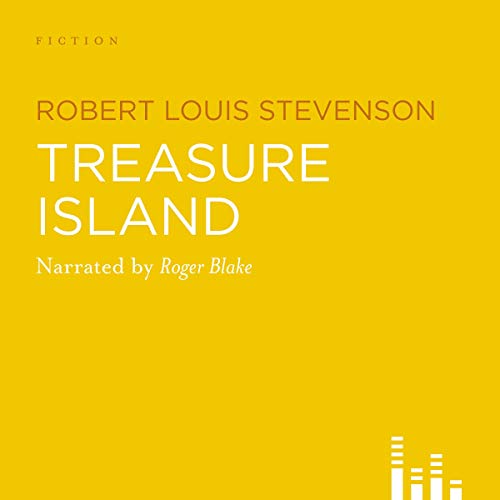 By: Robert Louis Stevenson
Narrated by: Roger Blake
Try for £0.00

Listen to the adventures of young Jim Hawkins, as he searches for buried treasure in the days of sailing ships - along with a colourful cast of pirates, including the notorious Long John Silver.

Treasure Island has a very stable place in the literary classics cannon, and has inspired countless imitations, including the smash-hit Pirates of the Carribbean films.

What listeners say about Treasure Island

The entire point of the book, lost in abridgement.

I don't envy those whose job it is to condense an eight-hour read down to almost a quarter of it's original length. It must be nearly impossible to decide what to trim while attempting to maintain the elements that make the full-length version what it is. That being said, the person who cut this book down to size managed to remove the very thing that set this classic apart from its contemporaries, namely the morality tale of trust and friendship woven throughout the adventure.

I purchased this audiobook for my nephew. I loved the condensed version I owned on cassette as a child, and knew he would love it too. I decided to give it a listen in order to assess whether or not the vocabulary would be too advanced or the violence too graphic for a five-year-old. Obviously he won't be as familiar with some of the more antiquated language used, but he's a smart kid. He should be able to follow this story, and won't be any more lost than I was with all the nautical terms either.

(The following two paragraphs contains spoilers) All this was fine, but what struck me almost from the beginning was the complete lack of any relationship established between the main character and narrator, Jim Hawkins, and the character of the pirate, Long John Silver. In this version they hardly interact at all until after the pirates mutiny a third of the way through the book, and even then only as fair-handed foes. In the original (and other condensed versions), Hawkins and Silver (initially posing as a ship's cook) are fast friends. From there, both the pirate's and the boy's actions and motivations, especially after the pivotal mutiny, are colored by that initial affinity toward each other. At one point, Silver saves Jim from the rest of the pirates, and later switches sides entirely. This decision is made in part to save himself from hanging, of course, but is also made in a conscious effort to align himself with his good and trustworthy friend over the murderous band of pirates, among whom he no longer wishes to count himself. In the end, Silver escapes with a portion of the treasure instead of sailing back to England to face trial, and it is Jim who convinces the other survivors not to pursue him.

This particular abridgement strips away every story element I've just mentions, painting Long John Silver as a sneaky, self-serving pragmatist whose only motivations are fortune-seeking and self-preservation. The character is utterly ruined. Jim Hawkins, in turn, is portrayed as a stalwart believer in nonviolence and fair play, who only saves silver to avoid further bloodshed while delivering him to the proper authorities to answer for his crimes.

For his part, Roger Blake's oration was well-performed. He was easy to follow, his character voices were diverse and engaging and his changes in pace and tone appropriately matched the moods of each scene. In fact, his reading style made the adventure all the more exciting. In stark contrast however, the abridgement was abysmal. If you want a better abridged version of Treasure Island with an equally engaging performance, look for the one narrated by Jasper Britton. Everything I mentioned missing in the third and forth paragraphs is present. It's a great read, and a much better story.