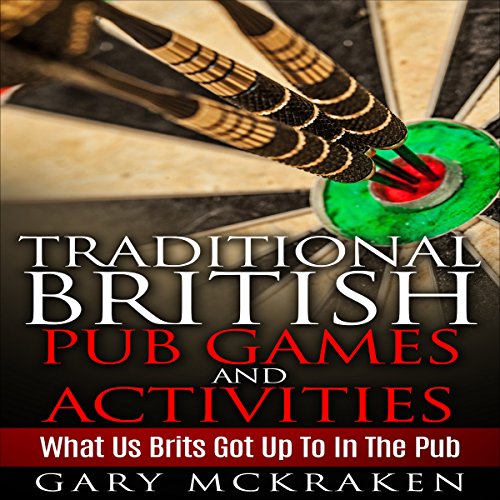 What Us Brits Got Up To in the Pub
By: Gary McKraken
Narrated by: Martyn Clements
Length: 1 hr and 24 mins
Categories: Biographies & Memoirs, Memoirs
3 out of 5 stars 3.0 (1 rating)

A nostalgic retrospective of the English pub in simpler times, including some games you may have heard of and some you may not.

In days gone by, the good old English pub was a much different beast than it is today. A wide variety of pub-based games were played and inter-pub competition was very popular. However, with the passing of time and the advent of the Internet, the traditional pub games scene is on the wane.

When I was discovering pubs as a teenager in the mid to late 1980s the pub game scene was buzzing. I miss those times so in an attempt to keep the memory alive and introduce you to the old pub games scene I have written this book as a sort of semi-autobiographical retrospective based on my own experience and recollections of playing many of the games here, plus a look at some older ones which are no longer with us.