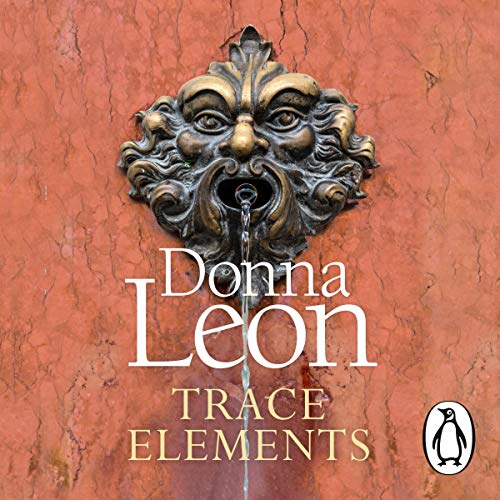 By: Donna Leon
Narrated by: David Sibley
Try for £0.00

When Dottoressa Donato calls the Questura to report that a dying patient at the hospice Fatebenefratelli wants to speak to the police, Commissario Guido Brunetti and his colleague, Claudia Griffoni, waste no time in responding.

‘They killed him. It was bad money. I told him no’, Benedetta Toso gasps the words about her recently deceased husband, Vittorio Fadalto. Even though he is not sure she can hear him Brunetti softly promises he and Griffoni will look into what initially appears to be a private family tragedy. They discover that Fadalto had worked in the field collecting samples of contamination for a company that measures the cleanliness of Venice’s water supply and that he died in a mysterious motorcycle accident.

Distracted briefly by Vice Questore Patta’s obsession with youth crime in Venice, Brunetti is bolstered once more by the remarkable research skills of Patta’s secretary, Signora Elettra Zorzi. Piecing together the tangled threads, in time Brunetti comes to realise the perilous meaning in the woman’s accusation and the threat it reveals to the health of the entire region. But justice in this case proves to be ambiguous, as Brunetti is reminded it can be when, seeking solace, he reads Aeschylus’ classic play The Eumenides.

As she has done so often through her memorable characters and storytelling skill, Donna Leon once again engages our sensibilities as to the differences between guilt and responsibility.

What listeners say about Trace Elements

Not one of the stronger Brunetti books

The balance between environment and police work slipped in the wrong direction for me. The only time the book felt like an earlier Brunetti were the exchanges involving Signorina Elettra. Brunetti still has potential but the focus will have to shift back to the key characters.

a book too far

i usually enjoy the detail and interaction in the Brunetti novels..Too much detail, very dull

Is Donna Leon losing her magic?

I felt that many of the usual aspects of her books were missing, such as the descriptions of food and drink, the interactions with the main characters (except for Elettra and occasionally Paola), much of the vivid sense of place. Why were the married sisters called by (presumably) their maidens names rather than their husbands' (usual in Italy, except for the health service and government documents)? What about the photos of Patta and the gypsy (?) girls? I rather lost interest. I thought the ending was flat and the plot less well constructed than usual. Finally, why not get a narrator who can pronounce Italian? There are lots about, and it spoils the book terribly for those who speak the language. A real shame.

I found this books plot very slow with too much time spent dwelling on dears, heat and very slow interviews

Dreary narration and he needs to learn how to pronounce Italian words.

Plot very weak. Leon has possibly had her day.
Rather sad reality. Won’t buy anymore of her books.

Well read by David Sibley but slow, laborious storyline. Too much internal musing by Brunetti and little action nor involvement of his family which adds interest.

Donna Leon describes every apposite detail of the characters making them real people involved in a true crime story. The story appeals to us because of its attachment to realism.