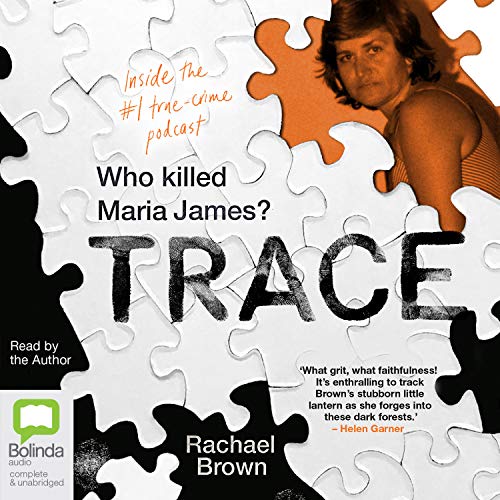 The riveting inside story of a journalist’s cold-case investigation of a shocking murder.

Every cop has a case that dug its claws in and would not let go. For veteran detective Ron Iddles, it was his very first homicide case - the 1980 murder of single mother Maria James at the back of her Melbourne bookshop. He never managed to solve it, and it still grates like hell.

Maria's two sons, Mark and Adam, have lived in a holding pattern longer than Rachael Brown has been alive. When the investigative journalist learned that a crucial witness’s evidence had never seen daylight, the case would start to consume her - just as it had the detective nearly four decades prior - so she asked for his blessing, and that of the James brothers, to review Maria’s case.

In her exhaustive and exhausting 16-month investigation for the ABC podcast Trace, Rachael reviewed initial suspects, found one of her own, and prompted devastating revelations about a forensic bungle and possible conspiracies that led to calls for the coroner to hold a new inquest.

This is a mesmerising account, as Rachael traces back through her investigation - one that blew the dust off a 38-year-old cold case, gave a voice to the forgotten and the abused, and could have serious implications for two of the state’s most powerful institutions.

What listeners say about Trace