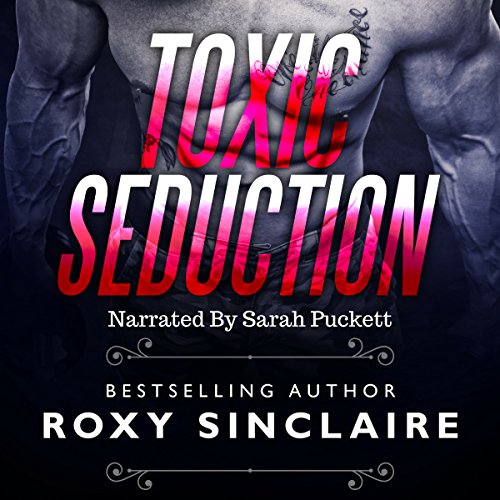 As an MI-5 agent, Christine was the newest member of the London Anti-Terrorism Task Force. There was a terrorist attack with a lot of casualties by bomb blasts, which forced the United States to send one of their CIA Special Ops Agents, Jason, to track the bomber responsible.

One look at him was all it took Christine to want to partner up, even though Jason doesn't let women come in the way of his job. But there's something about Christine that does, in fact, divert his attention. The longer he works on the case with Christine, the harder it gets to resist their desires, on and off duty.

Tracking the bomber, they realize that it was just a smokescreen for one of the largest cover diamond heists in the past decade. They find that Warick, Jason's contact in the diamond business, was behind the attack. It does look like Jason was giving the enemy information when they get caught in an ambush.

Will Christine's instincts overcome her thoughts, or will her feelings for Jason cloud her judgment? Christine doesn't have much to go on except faith in Jason, but will she risk her life to save his, along with thousands of innocent people?

This is a really great story that has a very good plot and is very exciting. It is nice to see a female agent run rings around a male agent. Being English I was doubly happy she bested the American agent lol. The presenter was very good but I would have preferred someone English or with a proper English accent reading the story. However that is a personal opinion and I have been told before that not a lot of people agree with me. Roxie writes brilliant books and she never disappoints me. This was a pleasure to listen to, I loved it.

This was a fast-paced story involving the CIA and MI-5. Their investigation involved many twists and turns along with a little romance. The story flowed ok but the romance part seemed a little quick and not as well developed. Overall I enjoyed the story of the investigation.

I enjoyed the narrator with this story. She was able to narrate both the male and female character parts so well that you forget it's one narrator.

CIA operative, Jason, is sent to London to assist Mi5 after a terrorist attack. His partner, Christine, is a newbie to the anti-terrorism task force. Will the duo be able to work together to thwart the next attack? Overall, the story was good. There were a few issues that made it less than a great experience for me. While the narration was good, Christine’s character had an American accent that made it unbelievable that the setting was London. In addition, for a seasoned CIA agent who was following a suspect for years, Jason seemed too gullible. That said, it was a quick story with some smexy scenes and lots of drama...the bullets flying kind, so you wouldn’t be bored.
I received a complimentary copy of this book in exchange for my unbiased review.

This book was well narrated by Sarah Puckett and is a fast paced story about an unlikely partnership between Christine (MI5) and Jason (CIA) who are working together in Europe to catch a terrorist bomber who has been attacking diamond merchants.

When the bomber strikes in London Jason, who has been following this terrorist for three years, gets himself attached to MI5 and is technically working under the authority of MI5. Their investigation leads them to wonder is the terrorist that Jason has been following really is the brains behind these attacks or is the enemy much closer to home?

All in all a well rounded story with a touch of steamy chemistry between Christine and Jason. But I felt that Jason was a little slow seeing what had been in front of him for so long.

INTERESTING. THE HERO ROLE WAS REVERSED

I was provided this audiobook through Audiobook Boom at no charge by the author in exchange for an unbiased review.

This book had a well thought out plot with interesting twists and turns. A good supporting cast of characters helped me to know Christine. Jason entered self-assured and all proud Alpha. I found it interesting that, as the plot thickened, the ball was really in Christine's hands the entire time. She had good instincts.

Sarah Puckett is an excellent narrator. That said, she was not the one for this book. If the female lead is English and the story unfolds in England, the get British narrator. I think Sarah did as well as can be expected considering that handicap.

WAVING UP ONE THUMB!

A fun adventure with a sprinkle of romance

If you are into action and adventure books, you're going to enjoy this. It is exciting with just the right amount of romance.
The performance however, left a lot to be desired. There were moments where it was very obvious that she was reading something. It sounded choppy, awkward and forced. I felt like it removed some life from the scene and the characters.

I love a strong female lead character. MI-5 Agent, Christine Simmons is tasked with CIA Agent Jason Kern to discover who is responsible for the terrorist bomb blasts.

There were just enough twists and turn to keep me drawn in to the story. My one complaint... with Christine being a British Agent, I would have loved for her to have had a British accent.

Jason Kern CIA agent gets teamed up with MI5 agent Christine Simmons to collaborate with a team on catching a terrorist that's been attacking the diamond districts in the western cities of London with bombs and fire. Killing people, and destroying buildings. There is also something undeniable happening between Jason and Christine but with the investigation heating up, everything else has to wait. And Christine still isn't sure if she can trust Jason. There are some troubling questions concerning Jason's past involvement with the enemy that could end up with all of them paying the price.
I truly enjoyed this thrilling story full of suspense, deception, secrets, lies, twists and, erotic scenes that all came alive thanks to Sarah Puckett's awesome narrative.

I got this ARC via the author. The premise of the book is good. The characters were painted as inept. I liked the romance between the H/h but the story and narrator did not match. The thrill was there but not explored enough. The story was developed well but the narrator took away from the story, She is good for stories that don't require an accent. I enjoy reading this author's books but this one not so much.

Pretty good story, not so much the narration

I enjoyed the story up until the very end...it had a very abrupt ending with no real closure. But there were some very far-fetched parts of the story too. The unprofessionalism of both agents was glaring, as well as how inept and oblivious Jason was-especially for a veteran agent.
And the narration left a lot to be desired...the accents were horrid. And why did only some of the Brits have accents?? Christine and Billman didn't, but Warrack and his crew did??
Besides the terrible accents, it literally sounded like the book was being read, and not well-very monotone and quite boring. There were pronunciation mistakes too. Just not impressed with the narration at all. If all Roxy Sinclaire's books are narrated like this, I'll just stick to reading them.

This book was a great instant-attraction, crime thriller with some very likable characters, a smooth as silk bad guy, and a well-deserved HEA. Roxy Sinclair writes a very strong character-driven story and it kept me engaged all the way through.

The narrator was good, really good actually, but the main female character was London born and that was not reflected in the narration. It's just my pet peeve but that lack would take me out of the story from time to time.

The "secret agent" part of this story was very suspenseful. Christine, the MI5 agent, and Jason, the CIA agent, even with the attraction, had to get through some stuff. You knew they would figure it out but it was a thrill ride getting there. Love that.