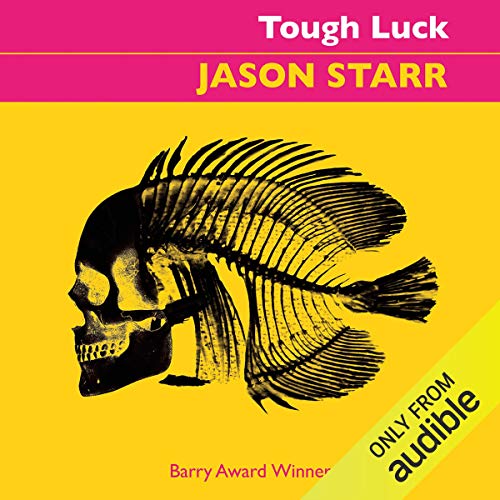 Mickey Prada's a nice kid. He works hard at a neighbourhood seafood market in Brooklyn, putting fish on ice. He's got a nice girlfriend. He even delayed college a year to help his sick dad. But Mickey's got a problem. A customer at the fish store, Angelo Santoro, keeps asking Mickey to place bets for him, and Angelo keeps losing.

As Angelo gets further in the hole, his bad luck is turning out to be Mickey's, too. Now Mickey's got his bookie after him, and Angelo's showing him the butt of his pistol rather than paying him back. So when his best friend, Chris, asks Mickey to join him on a can't-lose caper, Mickey decides to go along. But surefire schemes often have a way of backfiring, and this one is sending Mickey into an uncharted part of Brooklyn, where fish like Chris and Mickey have trouble just staying alive.

Jason Starr, author of Cold Caller, Nothing Personal, Fake I.D., Hard Feelings and Tough Luck, was born in Brooklyn in 1966 and still lives in New York City. After completing a degree in economics at Binghampton University, Starr has concentrated on his classic noir crime fiction, which has been compared to the work of James Cain and Jim Thompson.

"Jason Starr’s got a hip style and an ear for crackling dialogue...characters so real we feel we know them." (Jeffery Deaver)
“Starr once again shows a real gift for satiric humor and capturing the contemporary New York scene." (Publishers Weekly)