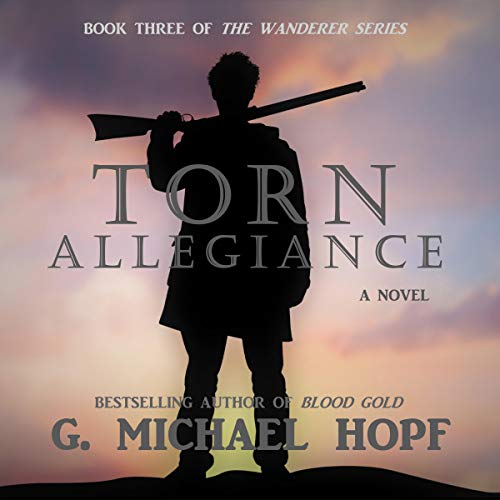 ONLY THE DEAD KNOW THE END OF WAR

John Nichols has done it all, a soldier, an outlaw, a lawman, and a hired gun. Now, he's a Pinkerton detective and finds himself on the trail of the two most notorious and glamorized outlaws in history, Frank and Jesse James.

Hired by the Pinkerton Detective Agency to go undercover, he must tread carefully as he searches for the elusive pair in the backcountry of Missouri, a sanctuary for the outlaw brothers.

John will quickly discover his new job is more treacherous than he imagined as he gets pulled into the local politics of the area and must battle a corrupt sheriff and a rogue bounty hunter.

Old and new allegiances will be pitted against each other in a fight to the death.

What listeners say about Torn Allegiance