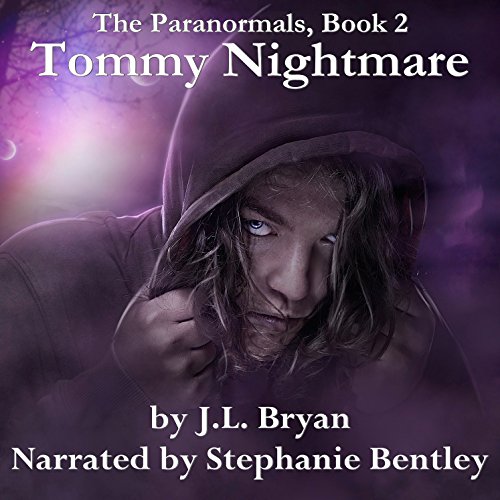 The sequel to Jenny Pox.

While Fallen Oak recovers from the Jenny pox, someone new is hunting Jenny.

Like Jenny, Ashleigh Goodling belonged to a pair of opposites with powers that mirror each other. Now Jenny and Seth must face the opposite of love...

What listeners say about Tommy Nightmare

Tommy got my attention from the start

What made the experience of listening to Tommy Nightmare the most enjoyable?

The multidimensional storyline intrigued me and the well-developed characters made me want to know more about them. I finished the book in two days. The reader was excellent too.

What was one of the most memorable moments of Tommy Nightmare?

In the very beginning when we discover Tommy's devastating secret. We see how the travesties of life, in the form of dysfunction and cruelty, transform him from an innocent child to a dark, troubled young man.

*Spoiler alert*
There were many but one came towards the end when Jenny "Pox" is attacked by the crowd. The movement of the scene was vivid with the author seamlessly adding elements of fantasy into modern reality. The evil Ashleigh orchestrating Jenny's demise using her "love power" against Tommy and cohorts to get them to do what she wants. The author weaves the mounting tension as Ashleigh's plan unfolds from Seth's indiscretion with the love-zapped Ashleigh look-alike to the mob in the square. It seems like it might just be the end but then Alejandro rushes in to save the day. The reader performed the different characters brilliantly

Tommy Nightmare was surprisingly entertaining. I didn't expect to get sucked in right from the start. I had actually returned a Stephen King book (the name I won't mention) I found disappointing and replaced it with this one. I'm very happy that this novel was so interesting and captivating. Bravo, JL Bryan! You've gained another loyal fan.