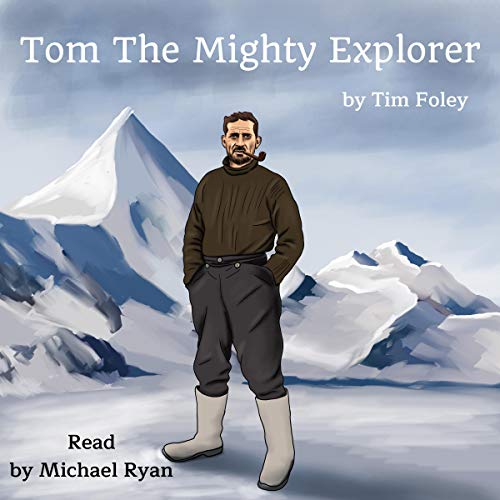 This audio version of Tom the Mighty Explorer, a book for children aged 6-10 years, is based on the life and adventures of Tom Crean, the Irish explorer who served on three expeditions to Antarctica in the early 20th century.

Awarded the Albert Medal for bravery in 1913, Crean's heroic exploits are legendary yet have remained little known outside of those in the Polar community. Accompanied by sound effects, the story is brought to life as you travel with Tom on the historic journeys he made during his lifetime.

His is a story of hardship, escape, and triumph over adversities in the most unforgiving terrain on our planet. Crean's story is inspiring, fun, and sometimes sad and is a great introduction to the incredible tale of a real-life hero who children will warm to.

Adapted for children from the biography Crean: The Extraordinary Life of an Irish Hero, the book which gave rise to a revision of Tom Crean's timeline in the Dictionary of Irish Biography, Tom the Mighty Explorer is a fact-based account that provides a great insight into the history of an era in which world firsts were eagerly sought by explorers of the age who could only achieve glory with men such as Crean alongside them.

What listeners say about Tom the Mighty Explorer