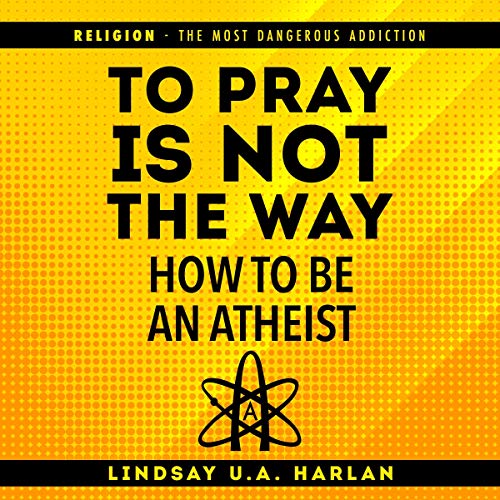 To Pray Is Not the Way - How to Be an Atheist

Part one: "Religion Is a Dangerous Addiction"

Regardless of whatever prejudgments you may have, I commend you for opening this educated rant at all. I’m especially impressed if you are of the religious persuasion and therefore want to make one point irrevocably clear before I get into the meat of the message. There is a significant difference between religion and faith. Religion and faith may coexist, but they are not linked to one another as strongly as some people tend to think. Yes, you need faith if you’re going to practice religion, but you don’t need religion to have faith. It’s easy to blur the lines between the two, but you don’t have to have religion to believe in something unproven.

Religion versus science. It’s one of the most heated arguments of the last few centuries. Religion has felt the heat of scientific advancement since Galileo backed the idea of heliocentrism, the belief - now known to be fact - that the Earth revolves around the sun. Galileo would stand trial, be threatened with torture, and spend the rest of his days under house arrest for his belief. It’s just one example of many that show just how arrogant religion can be in promoting ignorance.

Part three: "Coming Out of the Atheist Closet"

We live in an odd time where the word tolerance is much misunderstood and selfishly used. In the US at least, we’re continually being told to have an understanding of other people’s life decisions, yet lawsuits to the contrary continue to crop up on a daily basis. One of the best examples of this double standard has to do with the ever-pressing issue of homosexuality. We’re supposed to be tolerant of homosexuals but not allow them to marry one another? How does refusing one’s rights equate to tolerance?