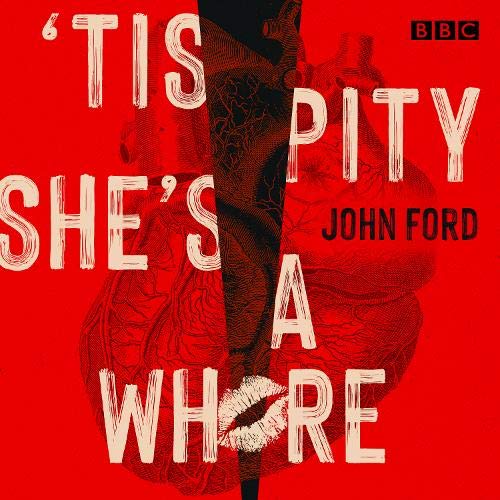 A visceral, revamped BBC radio production of John Ford's classic play about a doomed love between a brother and sister.

With its shocking portrayal of incest, intrigue and murder, this powerful Jacobean revenge drama scandalised audiences when it was first performed in the 1620s, and it is still controversial today.

When siblings Giovanni and Annabella embark on a passionate affair, Annabella falls pregnant with her brother's child. Knowing she must marry to protect her honour, she chooses one of the many suitors clamouring for her hand - but when her secret is revealed, the lovers are caught up in a bloody chain of events that culminate in a poisoning, a blinding, a stabbing and a brutal massacre....

Reminiscent of Romeo and Juliet, but darker and more twisted, John Ford's 17th-century tale of sex and death is restyled for radio in Pauline Harris' compassionate, disturbing adaptation. Intercut with the music of Jimi Hendrix and Nick Cave, it also features an original song, 'In Deep', composed by Jules Maxwell and sung by Jessie Buckley, Indira Varma and Abby Andrews. The play is introduced by Professor Emma Smith from Hertford College, Oxford.

Adapted and directed by Pauline Harris

What listeners say about 'Tis Pity She's a Whore

Ford’s tale of forbidden love and incest gets a modern makeover with contemporary music, however the language and shocking contents of the play remain intact. Perhaps more accessible but still a struggle to follow the plot right through.

The blend of modern music with old English suits this work perfectly. I was somewhat familiar with the work, listening again to this superb production brings home the power of the writing in a completely new way. Highly recommended for English literature lovers and those who appreciate the fullness of the English language.

Beautifully performed but cut to the bone

The director has cut the action of the play to the bone, and while this does bring the central action into sharp focus, it also causes the play to lose some of its sense of teeming life. I especially lament the character Bergetto, who is entirely missing from this production: his death is one of the most horrifying and pathetic in English Renaissance drama. — On the other hand… Jessie Buckley.

Too much cut out and annoying music

I was a skeptical when I saw the length of this production, but then I read all the great reviews. Honestly, I am at a loss to understand the high marks. The music was annoying, and the play was chopped to bits. Good productions of early modern drama that isn’t Shakespeare is hard to find, and this isn’t one of them