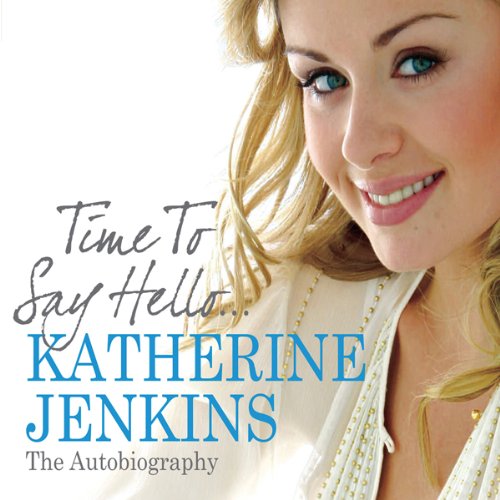 When 20-year-old Katherine Jenkins was performing in a Christmas concert with her college choir at the Brangwyn Hall in Swansea, there was an enormous bang as she hit the high note in "O Holy Night". Worried they were being shot at and fearing for their lives, the audience immediately ducked for cover. But they had nothing to fear. It was merely Katherine's powerful voice that had shattered one of the chandeliers above the stage.

Katherine Jenkins' story began, quite unusually for a classical singer, when she was offered a recording contract immediately after leaving college - a six-album deal with Universal Classics. Her debut album, Première went straight to number one in the classical charts in April 2004 and stayed there for eight weeks, outselling operatic greats like Kiri te Kanawa, Lesley Garrett, and Angela Gheorghiu. For Jenkins it was a dream come true.

Now, in her candid autobiography, she reveals how her passion to make this dream reality transformed her from a trainee teacher to one of the most famous classical singers in the world. This is the story behind that beautiful and angelic voice.

What an Amazing Beautiful person

If you are at any level a fan of Katherine Jenkins, or even just curious. This is a great book. Having it rear by the Welsh Princess makes it all the more special. A lot had happened since this book was first published but it gives a great insight to our amazing lady.

Really enjoyable but I want more!

Yes, it was a delight listening to Katherine Jenkins reading her first autobiography. Even though she is still relatively young her voice has led her through many tales.

At times the story was a bit unpleasant but credit to Katherine for being open. Her response to the challenges faced in her life is quite inspiring and it is nice to hear that she uses her celebrity status to do some good in this world. I love her voice and her personality seems to bubble right out of my headphones whilst listening to this book.

You wont find out about the down to earth girl behind the exceptional voice and rather good looks unless you listen to this audiobook.

Angelic voice, bubbly character and keen to have a chuckle. Katherine Jenkins speaks highly of her peers, has kind words for many a person who has graced her life and comes across very grounded.

It felt like I had Katherine Jenkins chatting to me over a cup of tea.

I had a few chuckles, at one time in particular I felt quite upset, disgusted and as a chap quite angry. The book yields plenty of aw that's nice moments.

I look forward to the next instalment, I was a little disappointed when it was all over. This was very pleasant reading before bed.