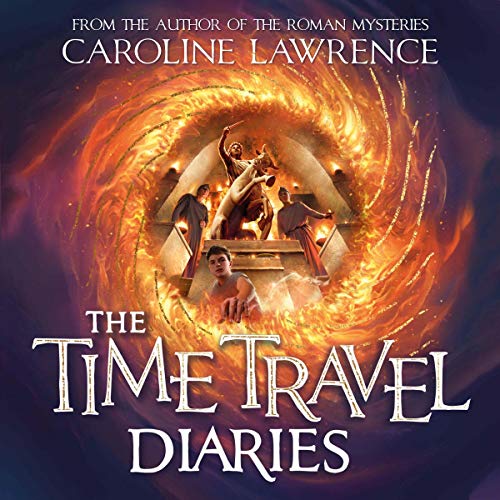 By: Caroline Lawrence
Narrated by: Simon Scardifield
Try for £0.00

From the million-copy-selling author of The Roman Mysteries comes a nail-biting time-travel adventure in Roman London - where past meets present.

Billionaire Solomon Daisy is obsessed with the skeleton of a blue-eyed girl from Roman London. He has managed to invent a time machine so that he can go and find her, but it's estimated that for each hour spent in the past, the time traveller's life will be shortened, so Solomon recruits a potential child time traveller: Alex Papas, a 12-year-old boy who knows a smattering of Greek and Latin.

Alex's mission is to go back to Londinium through a portal in London's Mithraeum and find out all he can about the blue-eyed girl.

There are just three rules:

But time travel is no picnic - and Roman London is far more dangerous than anyone could have known.

If you like your historical fiction you’ll love this romp through Roman London. It’s a fast paced story for all ages expertly narrated. It’s quite short but that’s no bad thing for it doesn’t get hung up on detail or unnecessary descriptive narrative. It’s good story, well told at fast pace. There’s plenty of heavy in-depth novels on historical fiction out there but if you want a break from the norm and looking for something a bit more fun then this it.
Looking forward to the upcoming escapades of our two intrepid travellers!

Gives an good idea what Roman london was like. Narrator was good enthusiastic but not very good at changing voices.
Most memorable, gory and graphic was the gladiator arena.

Fabulous and fantastic fun with lots of factual information about Ancient Rome. Worth a listen

A rather boring read.. A weak story, which had potential but did not deliver. The storyline was weak and the ending was even weaker and somewhat hurried. Definitely aspects of social and political programming in this book (e.g, turning young people against President Trump, which is disgusting). The narrator was good, but he had little to work with, to be honest. Little more than a weak history lesson.

I didn't realize until it was too late that this was written for a young audience. I would say 10-14 year olds.
I was enjoying it until magic spells were incorporated into the story, then it became unrealistic to me. I was expecting a time travel story, and it is, but the magic aspect put me off.
The narration was very good.