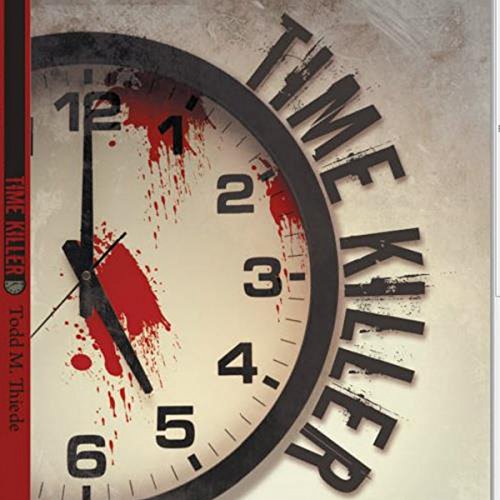 In the small city of Rockton, Illinois, someone is tired of waiting. He's tired of standing in line at the grocery store and tired of waiting at the drive-through line. Now he's doing something about it.

The first murder rocks the city. The entire Bjornson family - except the father, Stephen - has been brutally murdered, and the killer has left a message behind, written in the victim's blood: Don't Waste People's Time. It's a grizzly start for two young detectives who've just become partners. But Max Larkin and Jesse Fairlane put their personal distaste for each other aside and start concentrating on how to find the killer from striking again. As they investigate the scene of the crime and interview Stephen at the hospital, the clues slowly begin to add up. Could this be a deranged killer who struck 10 years ago and has now returned to the area? Before they can answer that question, another murder is reported, and Max and Jesse suddenly realize they have a serial killer on the loose. But as they get closer to the truth, a past memory begins to haunt Max, one that might lead to a break in the case - or the end of his career.

What listeners say about Time Killer

The worst audiobook I have ever listened to

What would have made Time Killer better?

Nothing-it has absolutely nothing to to recommend it.

Would you ever listen to anything by Todd M. Thiede again?

A different narrator altogether.This man is impossible to listen to.

I am returning this book after having listened for about an hour.

Where does Time Killer rank among all the audiobooks you’ve listened to so far?

The plot and characters held my interest

What was one of the most memorable moments of Time Killer?

They were pretty much the same. Without giving away part of the story I can't say.

Who would you have cast as narrator instead of David T. Knize?

Someone with a little emotion in his voice. He was just flat speaking

It did have its' funny moments, but cry - not so much

The narrator will be one I avoid.

The book was interesting enough for me to keep listening . The narrator must be from Chicago and used very few contractions, the same voice for all the characters and basically monotone throughout. Though I struggled through it and I don't think you should waste a credit on this one.

Why would anyone give money or lit him read this Audeo? Someone that can not act at all. I made it to chapter 2. 🤔

Author obviously spent time and effort to write this but it was not captivating. The language was very basic and mechanical - not at all how regular people speak. The reader was monotone and rigid as well. Maybe it was the story, maybe the reader, but I would not recommend.

i think the narrator fell asleep

am struggling to get there

Who would you have cast as narrator instead of David T. Knize?

Was Time Killer worth the listening time?

the plot isn't bad but the writing is immature and stiff

What made the experience of listening to Time Killer the most enjoyable?

The narrator he is making the story come alive for my husband and I.

Not sure what will happen next very interesting.

What about David T. Knize’s performance did you like?

I love how he makes me distinguish between the characters he makes the story come alive.

Not sure yet only half way through and can't wait to finish.

Great story and the narrator keeps me interested, will definitely look for more books narrated by him!