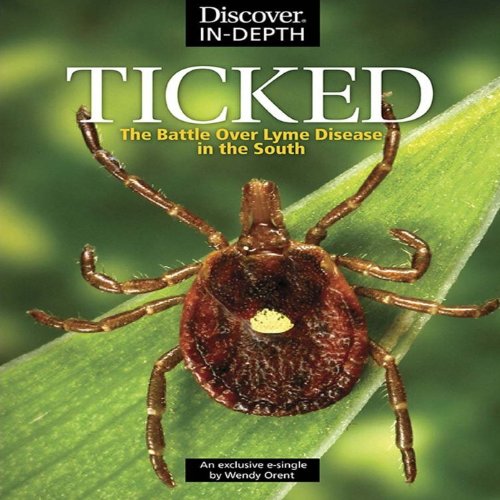 Ticked: The Battle Over Lyme Disease in the South is the second installment of Discover In-Depth, Discover magazine's new longform series. In this deep investigation of the science surrounding Lyme disease, writer Wendy Orent dissects how tick-borne illness is diagnosed in the Southern United States, where the Centers for Disease Control and Prevention (CDC) do not recognize Lyme - even though thousands of people in the South have reported Lyme-like symptoms and debilitating illness after exposure to ticks. If left untreated, Lyme disease can result in devastating neurological and cardiac complications and difficult-to-treat pain and fatigue. Earlier this year, the CDC announced that Lyme disease was 10 times more prevalent than previously reported, with as many as 300,000 sufferers across the U.S. But while the CDC recognizes the disease in the Northeast and the Mid-Atlantic States, in the Midwest, and even in California and Oregon, the Southern U.S. has been left out of the equation - despite emerging evidence that Lyme or a Lyme-like infection may be present there as well. While patients elsewhere are far more likely to get diagnosed and treated in the early stages of the disease, sufferers of possible tick-borne illnesses in the South are left guessing at what is wrong and how to treat it. The issue is critical not only because of all of the unexplained illnesses in the South, but also because new tick-bore bacteria could be agents of disease nation- and worldwide. Ticked examines the complex ecology of the Southern states, including a host of ticks and spirochetes that some researchers contend may be spreading a Lyme-like disease, if not Lyme itself. The story also dives into the fierce debate now brewing between scientists over how tick-borne illness is transmitted, detected and defined.

What listeners say about Ticked

Well documented work, great attention to detail,yet written in a way that keeps you interested.