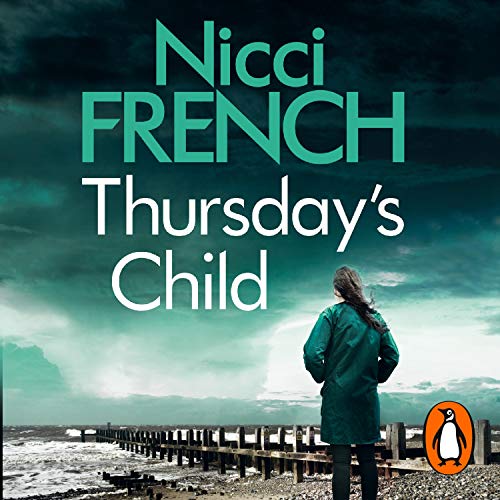 By: Nicci French
Narrated by: Beth Chalmers
Try for £0.00

When psychotherapist Frieda Klein left the sleepy Suffolk coastal town in which she grew up she never intended to return. Left behind were friends, family, lives, and loves but alongside them, painful memories; a past she wouldn't allow to destroy her. Then, years later, an old classmate appears in London asking Frieda to help her teenage daughter and long-buried memories resurface. Death soon follows, leaving Frieda no choice but to return home to confront her past. And the monsters no one else believed were real....

Through a fog of conflicting accounts, hidden agendas, and questionable alibis, Frieda can trust no one as she tries to piece together the shocking truth, past and present. Before another innocent dies.

When it comes to psychological suspense, there's none better than Nicci French. And Thursday's Children is Nicci French at her very best. There are three previous novels in the Frieda Klein series; look out for Blue Monday, Tuesday's Gone and Waiting for Wednesday.

Nicci French is the pseudonym for the writing partnership of journalists Nicci Gerrard and Sean French. The couple are married and live in Suffolk. There are 14 other best-selling novels by Nicci French, all published by Penguin. Blue Monday was the first thrilling instalment in the Frieda Klein series, followed by Tuesday's Gone and Waiting for Wednesday.

Praise for the Frieda Klein series:

What listeners say about Thursday's Child

I listened to this after enjoying the first book in the series (out of order I know!) which I got on a daily deal.

I actually enjoyed this too and have now gone on to buy the other 2 books and have started listening to the 2nd book already and must say am also enjoying this.

More of an easy listen without the gore which makes a nice change. Hopefully I can fill in some of the missing gaps from Freida's background from the first case as that seems to run through the series - & Joseph is great!

All in all an enjoyable listen and a good series.

My favourite so far in the series

loved it! if I was forced to criticise, I would have liked a few of the light-hearted moments with Joseph etc that have been in some of the others in the series. I feel I know all the characters now and look forward to reading more about them.

Suffolk accents were questionable but yet another great story, can't wait to continue the series

Have enjoyed this latest chapter of the life of Freda Kline. Thrilling and tense throughout

I stuck with this though the story was pretty implausible. This psycho following her about is stretching it. Narration wasn’t the best either

Suffolk transported to the West Country....

Enjoyed the story, but the Suffolk accents were very West Country, which I found quite distracting.

couldn't wait to get to next part, great characters, great story good twist at the end

Not as good as the rest in the series
It had a Miss Marple feel about it.
I do love Joseph though.

The book and the series is brilliant, I could not stop listening to it. The stories are all different and they keep you gripped right to the very end. The narration is fantastic and all of the characters are brought to life. More please!

The best so far

The best story in the series so far by a long way.