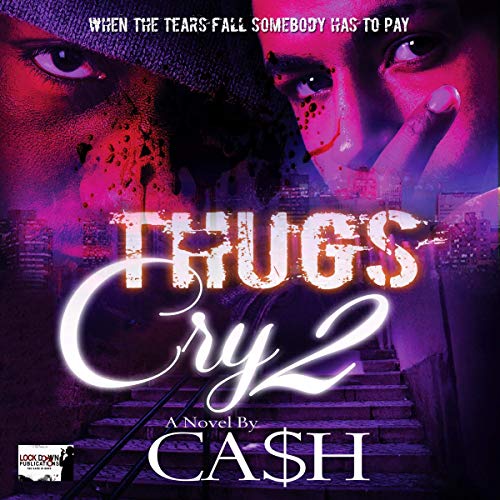 By: Ca$h
Narrated by: Maurice Collins

CJ is devastated when he comes home to find Tamika on the floor unconscious and leaking blood from several execution-style gunshot wounds. As he holds her in his arms tearfully begging God not to take her away, he already knows that if she dies, he is going to turn Newark, New Jersey, into a killing field.

Raheem has just lost the love of his life to suicide, and although he is grieving, nothing can get in the way of him helping CJ go up against a foe as ruthless as any he has ever faced before. But when Raheem's loyalty collides with his Islamic faith and the chance to love again presents itself, his principles get tested.

Nard is not only out to dethrone CJ as Newark's drug king, he is death-bent on annihilating CJ's whole team. This beef isn't about drugs; it's about a woman, and it's very personal. Young Nard shows that he can match CJ's gangsta body for body.

When the smoke clears, who will wear the crown as The Bricks' supreme thug?

What listeners say about Thugs Cry 2

Great book Wish the author would put all of his books on audio. Ca$h brings that real

the listen was great. I felt I was right there with all of the characters. happy sad, shocked, annoyed... everything. worth your credit.

I loved this book when I read it and I loved listening to it by this strong voice narrator! The narrator voice made the thrilled of action whenever CJ character enter seem real! His powerful voice brought every ounce of this story to life and at the ending your heart burst into tears because the narrator made u feel the deaf of a man loves for a brother that might not have been his genetic brother but definitely a brother from another mother indeed! 5⭐️⭐️⭐️⭐️⭐️ Stars! IJS RealtalkHelene!

Cj and Raheem best friends. I 💘loved there relationship, best friends to the end. The book was just as good as book one😘, except for the ending. I hated the ending, but there will be book three. I felt so bad for CJ, he truly loved Tamicka and was desperate for companion he hooked up whit Shay, big mistake👿. Well as far as Nard and his horrible crew, Big Nasty and all. I can't say to much, except he deserves a date with the devil. Waiting on book three., Enjoy.