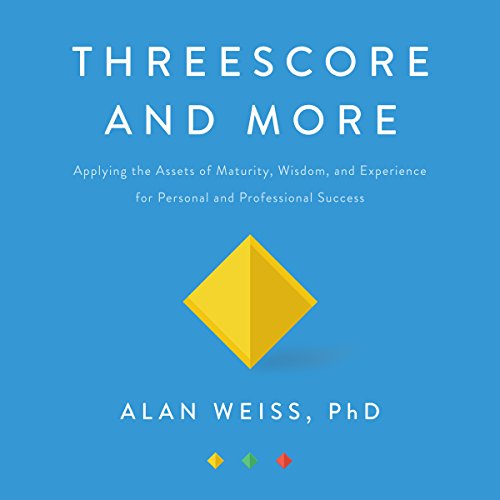 Ageism is too often an accepted form of bias, even though the facts support the value of aging. Airline pilots forced to retire at the arbitrary age of 65 are usually at the top of their game. Forced retirement in most organizations remove highly skilled performers as well as role models and trainers for newer generations. Instead of revelling in who we are, we begin to try to look younger as soon as possible, with 16-year-old women receiving nose and breast surgery as birthday presents. People have become inured to "losing" abilities as they age instead of appreciating new abilities that only age can bestow. Everyone extols the need for gender equality, lest we lose the talents of half of our population. Yet, people over 65 are currently 15 percent of the US population (46.2 million) and this is projected to rise to 34 percent. Due to the IRA legislation of the Reagan era - and the lack of need to purchase homes, college educations, cars, or health care - the discretionary assets are also substantial. It's time these people took control of their lives and influence on everything from business to politics.

What listeners say about Threescore and More