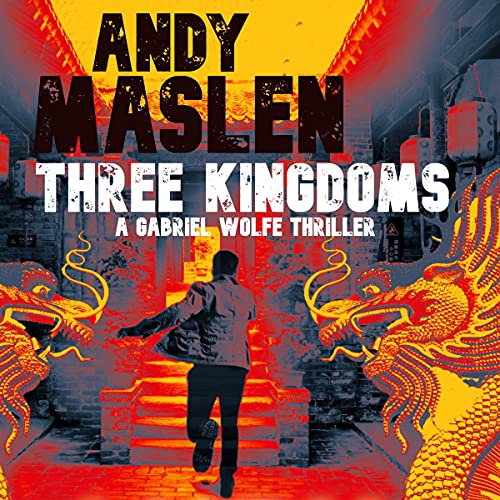 A debt of honor owed to a triad boss. A desperate search for his missing sibling, kidnapped as an infant. Both urgent. Both dangerous. Both drawing on all his resources as an ex-SAS member. Gabriel Wolfe feels his loyalty pulled in opposite directions.

The colonel has lost his mind.

Fang Jian runs the White Koi triad. And he does business with a senior Communist Party of China official. Now the official has a problem.

A renegade colonel "out west" has set up a private kingdom centered on his missile base, and he’s slaughtering the few remaining locals. Comrade Liu wants his problem dealt with through back channels. And Fang knows just the man for the job.

Parachuting in to the heartland of China’s remote Xinjiang province, Wolfe is on his own. No partner. No backup. No Plan B. His mission goal: Kill the colonel.

What he discovers in the colonel’s private hut shakes he battle-hardened former special forces soldier to his core. Death seems too light a punishment. Narrowly escaping death, Wolfe realizes an ally like Fang is barely worth the title. He’s enmeshed in a web of corrupt police, concealed evidence, and family secrets.

Just as one enemy is routed, another springs up to take their place. Wolfe must travel back to the UK to gather vital clues before returning to Hong Kong. There he must face Fang, then Liu, before a final confrontation that will change his life forever.

What listeners say about Three Kingdoms