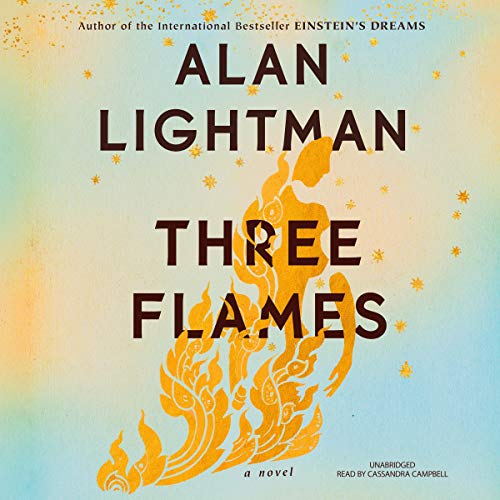 From the internationally best-selling author of Einstein's Dreams comes a deeply compelling story about the lives of a Cambodian family - set between 1973, just before the Cambodian Genocide by the Khmer Rouge - to 2015.

The stories of one Cambodian family are intricately braided together in Alan Lightman's haunting Three Flames, his first work of fiction in six years.

Three Flames portrays the struggles of a Cambodian farming family against the extreme patriarchal attitudes of their society and the cruel and dictatorial father, set against a rural community that is slowly being exposed to the modern world and its values. A mother must fight against memories of her father's death at the hands of the Khmer Rouge, and her powerful desire for revenge. A daughter is married off at sixteen to a wandering husband and his domineering aunt; another daughter is sent to the city to work in the factories to settle her father's gambling debt. A son dreams of marrying the most beautiful girl of the village and escaping the life of a farmer. And the youngest daughter bravely challenges her father so she can stay in school and strive for a better future.

A vivid story of revenge and forgiveness, of a culture smothering the dreams of freedom, and of tradition against courage, Three Flames grows directly from Lightman's work as the founder of the Harpswell Foundation, a nonprofit organization whose mission is to advance a new generation of female leaders in Cambodia and all of Southeast Asia.