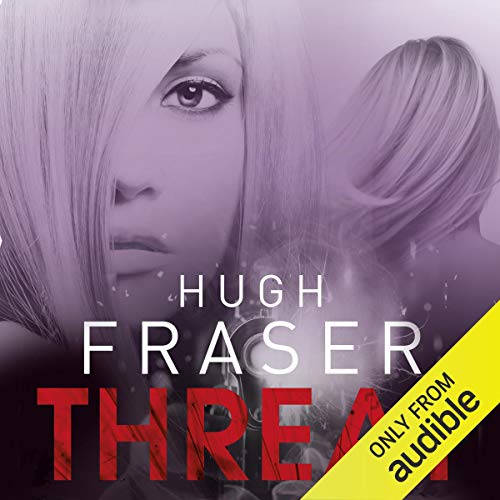 By: Hugh Fraser
Narrated by: Annie Aldington
Try for £0.00

London, 1961. In the dying days of the Macmillan government, George Preston is in control of crime in West London, and Rina Walker is his favoured contract killer.

When Rina is hired by Soho vice king Tony Farina to investigate the disappearance of girls from his clubs, she discovers that they are being supplied to a member of the English aristocracy for the gratification of his macabre sexual tastes.

Rina's pursuit of the missing girls and her efforts to save the innocent from slaughter become increasingly perilous as she grapples with interwoven layers of corruption and betrayal and makes her way, via the louche nightclubs of Berlin, towards a final confrontation with depravity.

What listeners say about Threat

I absolutely LOVE this series!! It has everything one needs to make a story thrilling.

Can't wait for the next in the series to be added to Audible; I'm praying hard that Annie Aldington will be narrating it!

Gripping. if not fantastic episode in the life of Rina, narrated in the same mesmeric style to deliver another intense tale of revolting peasants set in a snapshot of 1961. ENTERTAINING