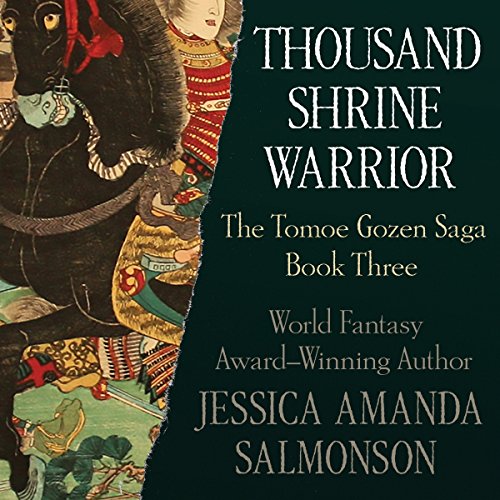 By: Jessica Amanda Salmonson
Narrated by: Allison Hiroto
Try for £0.00

Tomoe turns to religion to escape her past, but destiny is not through with her yet.

The young girl crashes through the underbrush, desperate to escape the cackling soldiers at her back. After catching her in a tryst with a local farmboy, they intend to execute her for her sin. She runs for as long as she can, finally collapsing outside a shrine where a traveling nun sits with her flute. When the soldiers arrive, the nun sets her flute aside, drawing a legendary sword. She kills the men easily and sets the young girl free. Though she tried to avoid it, Tomoe Gozen has shed blood once again.

After countless battles and endless wandering, this legendary samurai has renounced Bushido and taken the oaths of a wandering nun. But though she disguises herself as a mendicant, trouble will find her still. Tomoe must engage in one last fight - this time for the sake of her soul.