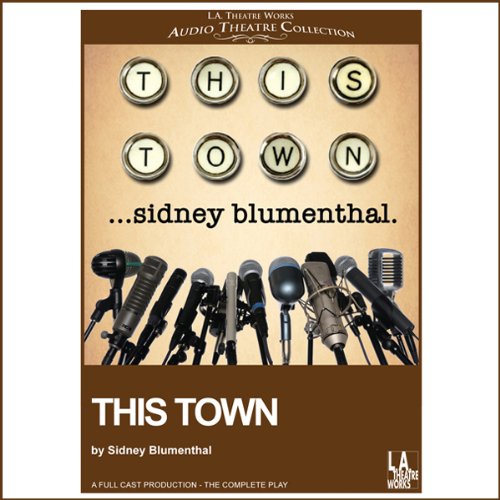 By: Sidney Blumenthal
Narrated by: Richard Kind,Gates McFadden
Try for £0.00

To say that this play, by celebrated author, political analyst, and former White House presidential advisor Sidney Blumenthal, is hilarious would be an understatement. This highly entertaining political satire is perfect for audio. The inspired cast, led by actors Richard Kind, Gates McFadden, and John Randolph, deliver flawless vocal portraits while developing characters who appear to be exceedingly bored when inquiring about peace treaties but snap to attention at the chance to uncover a little dirt. Their shenanigans lead the listener along a path strewn with false leads, phony friendships, nasty gossip, and more than a little scandal about the fictitious first dog. If the Washington Press Corps were really this funny, White House press conferences would be a lot more entertaining.

What listeners say about This Town

This play perfectly captures the inanities of the media and especially illustrates the other sphere in which Washington, DC operates.

The political satire is hilarious, but I really like how Blumenthal captured the camaraderie that exists in the press even when they're trying to scoop each other.

The cast, led by Richard Kind and Gates McFadden, is spectacular. Each actor brings their character to life and imbues them with personality and faults.

I had a terrific time listening to this play and highly recommend it if you're a fan of politics or especially if you hate them!