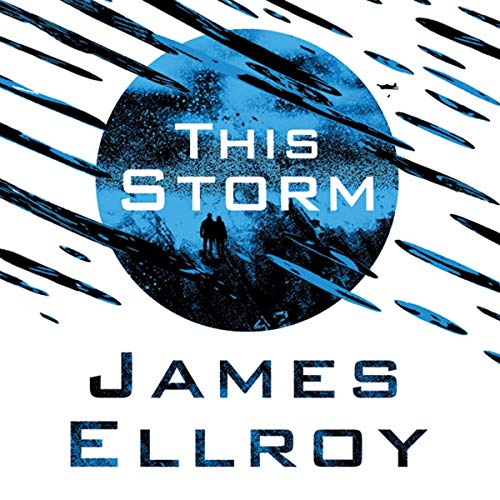 By: James Ellroy
Narrated by: Jeff Harding
Try for £0.00

January '42. LA reels behind the shock of Pearl Harbor. Local Japanese are rounded up and slammed behind bars. Massive thunderstorms hit the city. A body is unearthed in Griffith Park.

The cops tag it as a routine dead-man job. They’re wrong. It’s an early warning signal of chaos.

There’s a murderous fire and a gold heist. There’s Fifth Column treason on American soil. There are homegrown Nazis, commies and race racketeers. There’s two dead cops in a dive off the jazz-club strip. And three men and one woman have a hot date with history.

What listeners say about This Storm

kay lake sucks,poor character, nauseating. Nancy drew meets l.a. not looking forward to the next one.

1 hour was more than enough

Maybe this does not lend itself to audio, as I have always enjoyed reading Elroy. I found the narration grating. Maybe I will try reading it as I won’t be listening to the rest of it

I don’t have a clue what’s going on

This book makes no sense at all. The reader is awful too and makes it even harder to follow.